Well, I buggered up. Today we were meant to be going to the fuji 5 lakes, specifically Kawaguchiko, but little old me thought that bus tickets needed to be reserved at the actual bus station and we weren't planning on activating our JR passes until day 5 (so no train). Mistake. Apparently it's all done online and the PAYMENT takes place at the bus station. By the time I had it all figured out all the seats were booked out until 2pm. So no time for a day trip.

So today we did a bit of a switcheroo. First things first was the opening of the new Evangelion store in Ikebukuro. Ikebukuro is the female otaku's version of Akihabara. Think lots of anime, manga, department stores just for merch from different shows. Of course it's a lot more civilized in that there are no "watch out for upskirting" signs around the place but of a weekend you still see hordes of high school girls flocking down the main street towards Mandarake.

We didn't have to go far to spot the P Parco where the Eva store was located. There were a couple of people waiting with their Nintendo DS out the front of the building where two employees were handing out ticket numbers. It had "soft opened" the day before but this was the first weekend they were going to have to deal with. It was 2 hours before the store was due to open and we still got number 96 and 97 and were told to come back at around 1:30pm.

With that we headed to the notorious Akihabara. 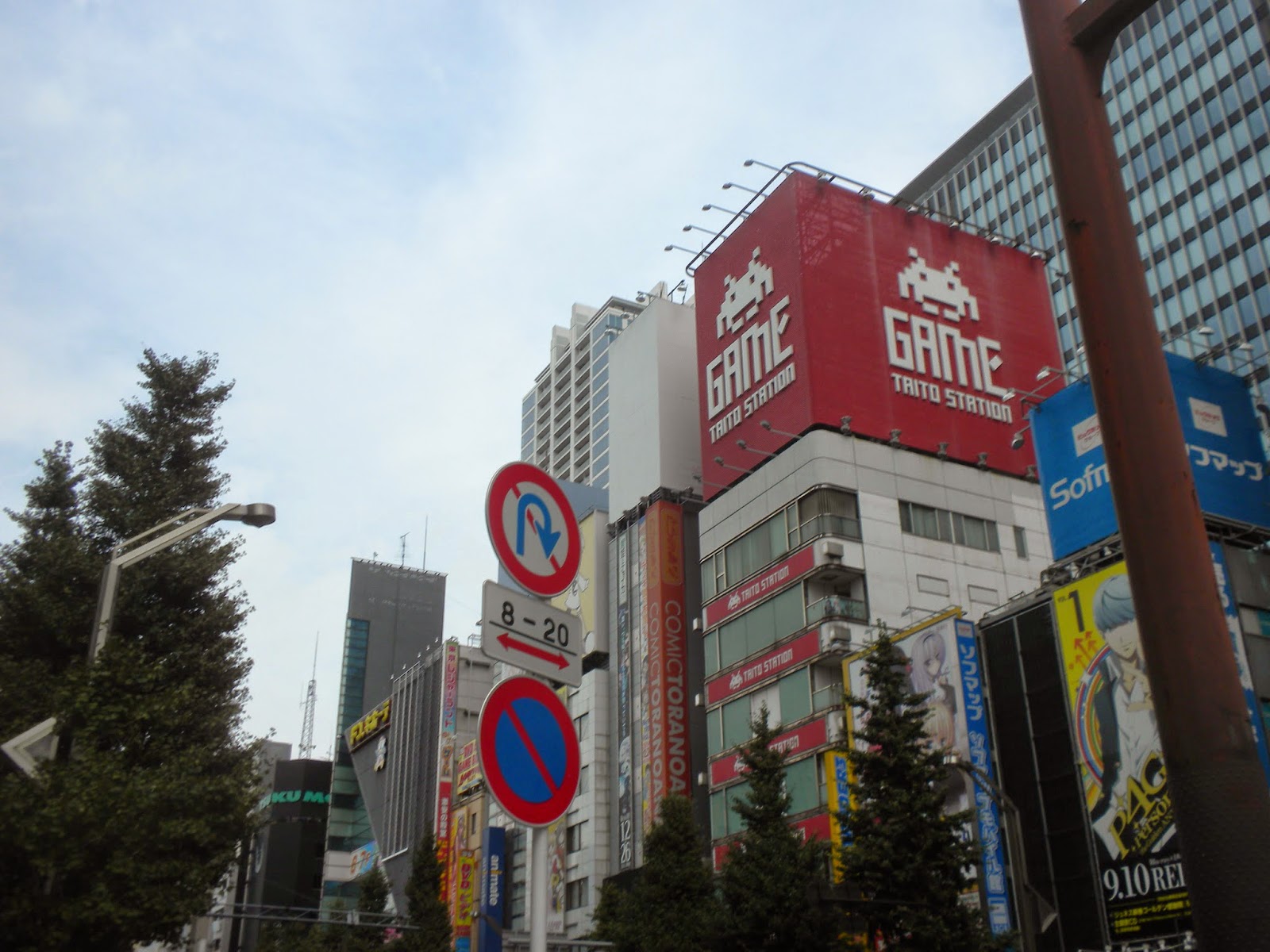 With a limited time frame we hit the two things we wanted to do for sure: 1) a maid cafe, 2) the flagship store of Mandarake. I'd heard about a maid cafe in the Don Quioxte building which was meant to have girls that spoke reasonable English (so at least we didn't spend the whole time staring blankly at them). We headed in that direction and low and behold was a girl dressed up as a French maid standing in front of the entrance. Thinking she was part of the aforementioned chain we approached her and she offered us an English flyer. She was not. After we'd agreed to follow her we found out she was from a rival chain called Maidreamin whose store was just down the road. We'd been poached. Not that we minded. Ruchia was the happiest cheekiest little thing. It was probably part of her job but even though she couldn't speak English very well she was making us laugh long before we took the elevator up to the store in a really genuine way. 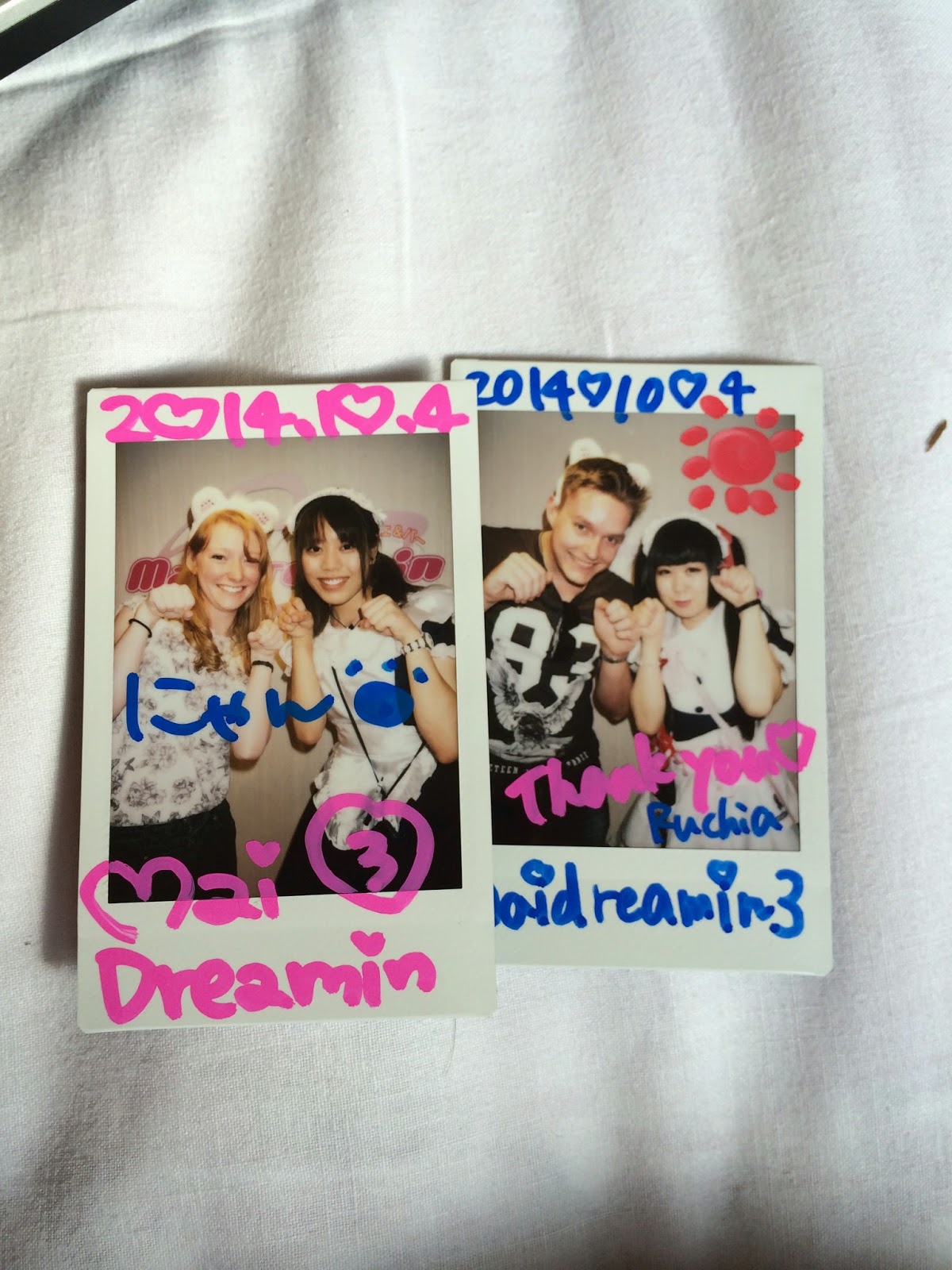 Up on level 4 we were greeted by Rico, another maid who this time spoke English (albeit with a lot of "like" thrown in). She informed us that the table charge was more expensive for a couch over a counter seat and showed us the options for our stay. I picked a vanilla parfait with a cat face including a photo with Rico and a keyring. Anthony picked a cocktail drink, photo with Ruchia and a folder. No photos of the inside of the place were allowed except for photos of food. When it comes out the girls make you do a little chant over the top to make it taste better. The most popular one we heard was "moe, moe, cute" but we both agreed that "pichi pichi yummy" sounded better. The girls write on the photos they take with you and offer to do dances and sing (for a fee of course). It was fun but not something you'd really need to do twice. 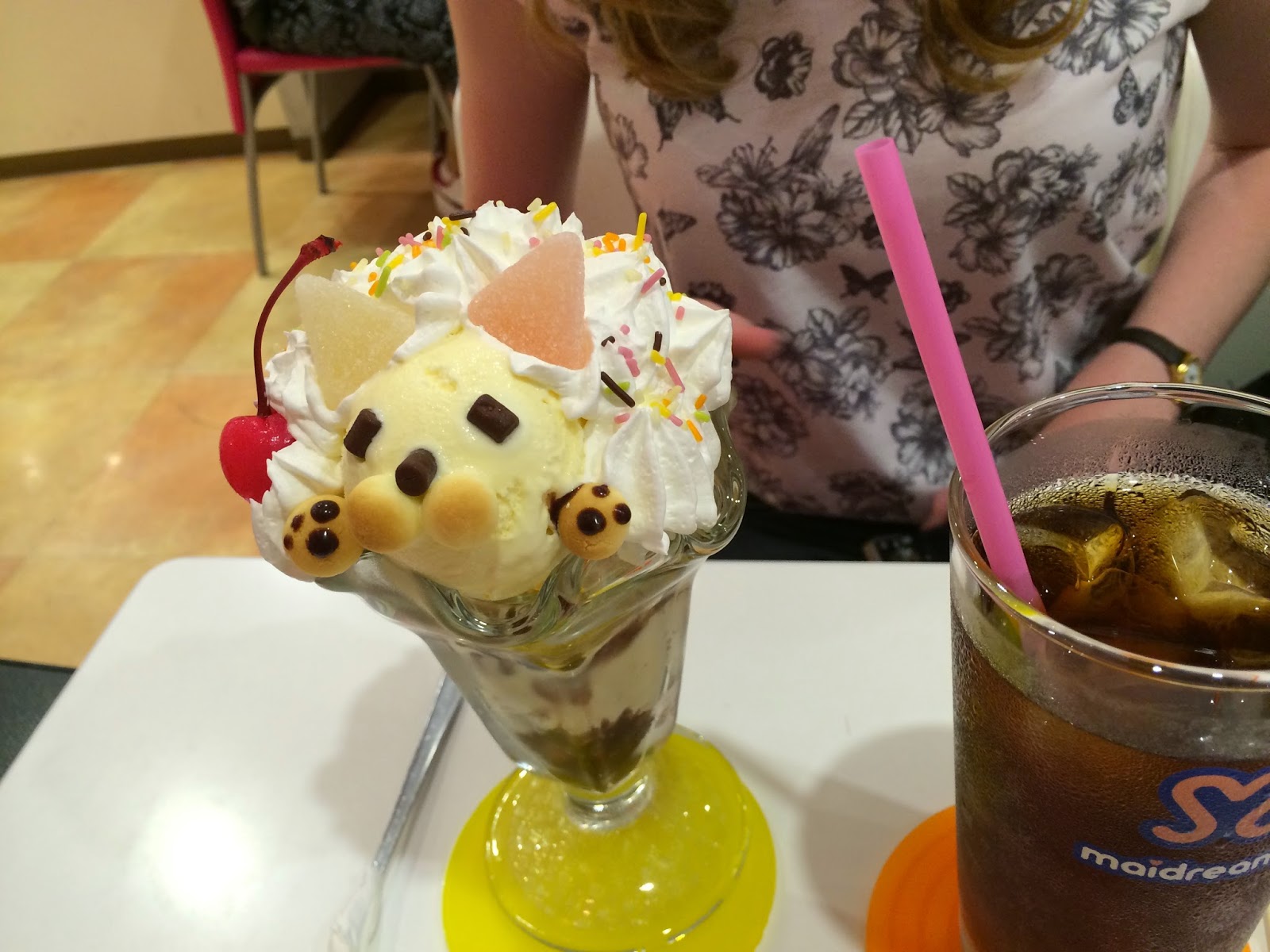 We then headed to Mandarake, an 8 level store filled with collectible toys, manga and anime. Anthony instantly went to the transformers toys while I had a bit of a battle trying to get the clerks to understand who Gigantor was. After a hasty google we found out that he's called Manjuku in Japan. Following our very long browse of the kaiju section it was time for us to head back to Ikebukuro and the Evangelion store.

It was much smaller than the previous store in Harajuku and packed with people. We bought a couple of things but most disappointing was when I picked up a can that was hanging out in the clothing shirt believing it to be a shirt in a can. When I got back to the hotel I opened it up to check if it would fit. It was bread.

For dinner we headed to Shin-Yokohama station to head to the Raumen Museum. Ramen is a type of soup that originated in China that's been adopted by the Japanese. The museum is the recreation of a 1958 neighborhood with 8 ramen restaurants invited to serve their food in the recreation establishments. There's also a sweet store, a cafe and reproduction baths. It's a great way to find out which of the many styles of ramen you like the most. You buy tickets from vending machines and most of the restaurants offer "small portion" bowls so you can try a few. We only got through 2 each. The small portions were what we'd consider as large. The best that we tried was the thick tonkotsu (pork bone) ramen. It stank but tasted amazing. There was also a fantastic juggler to watch in the courtyard as kids played with old fashioned tops, cup and ball and hula hoops. 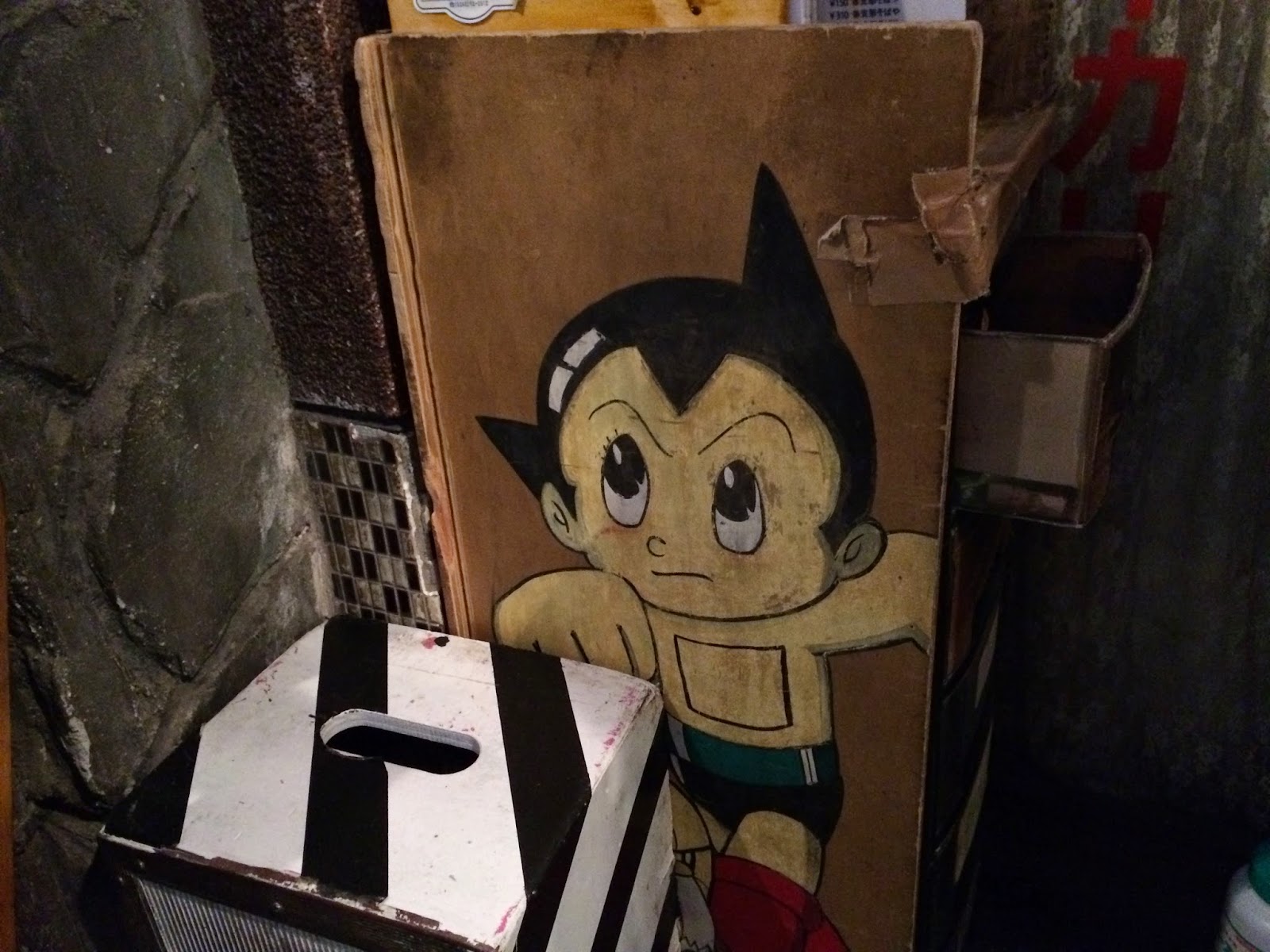 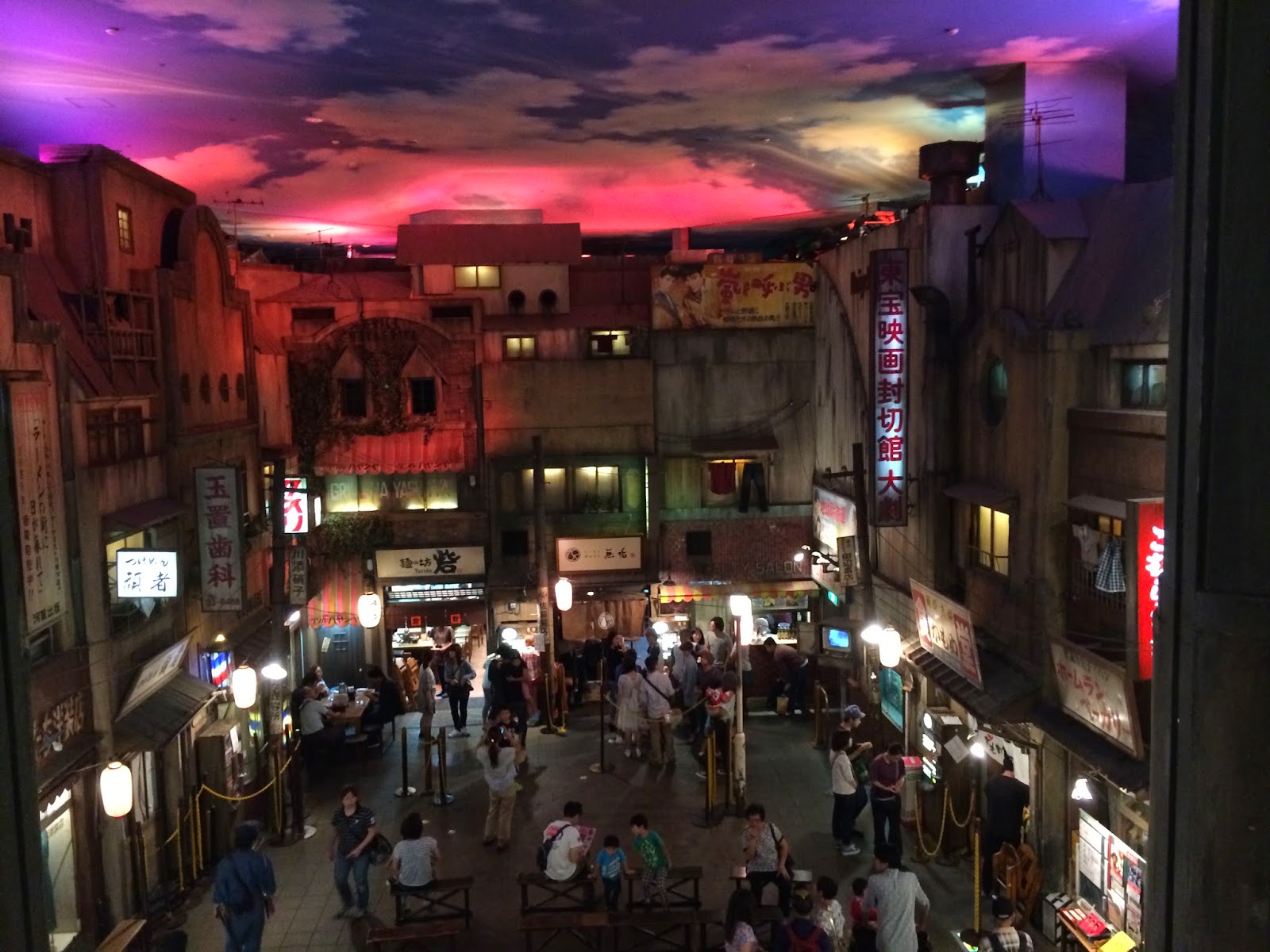 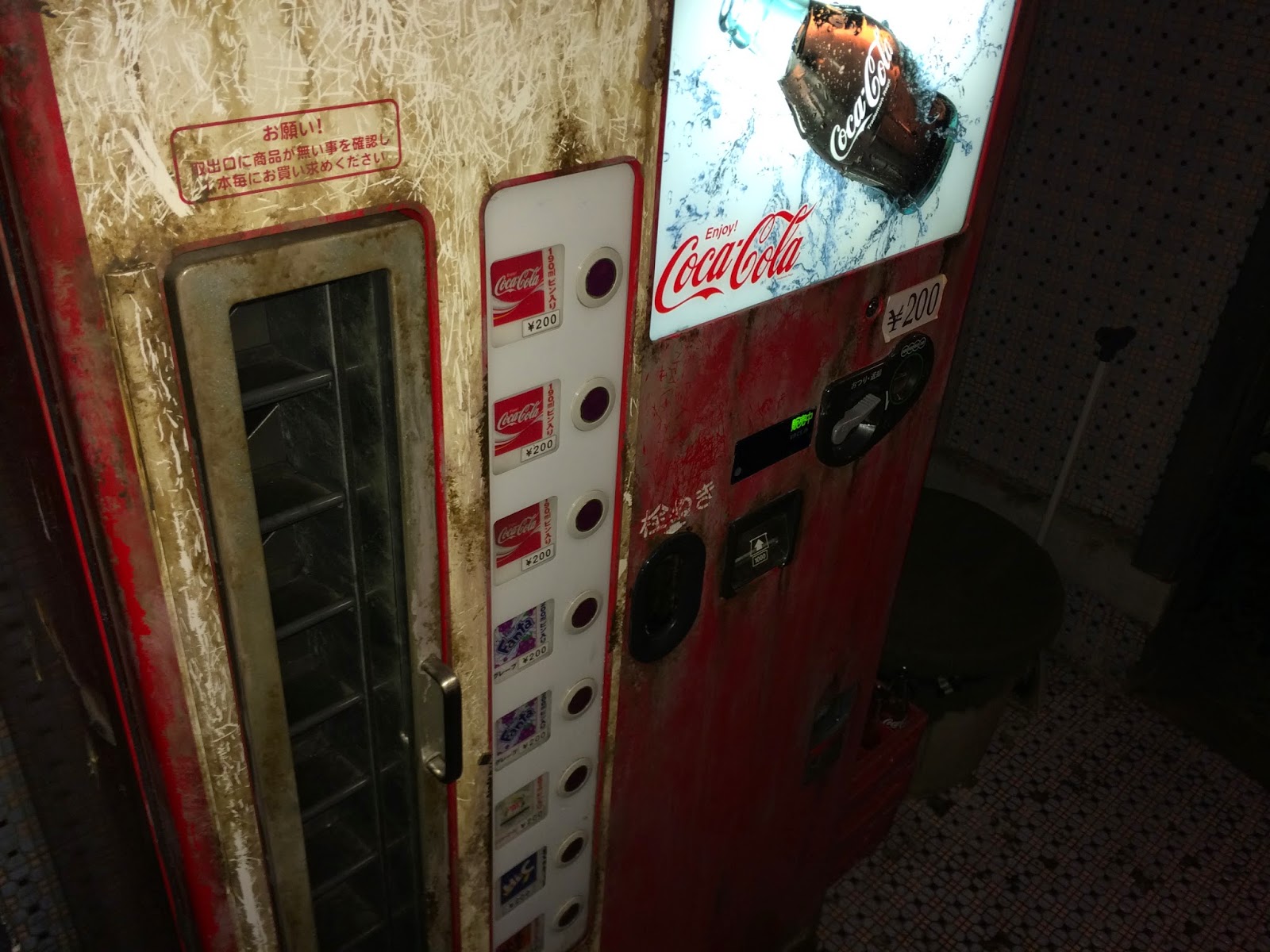 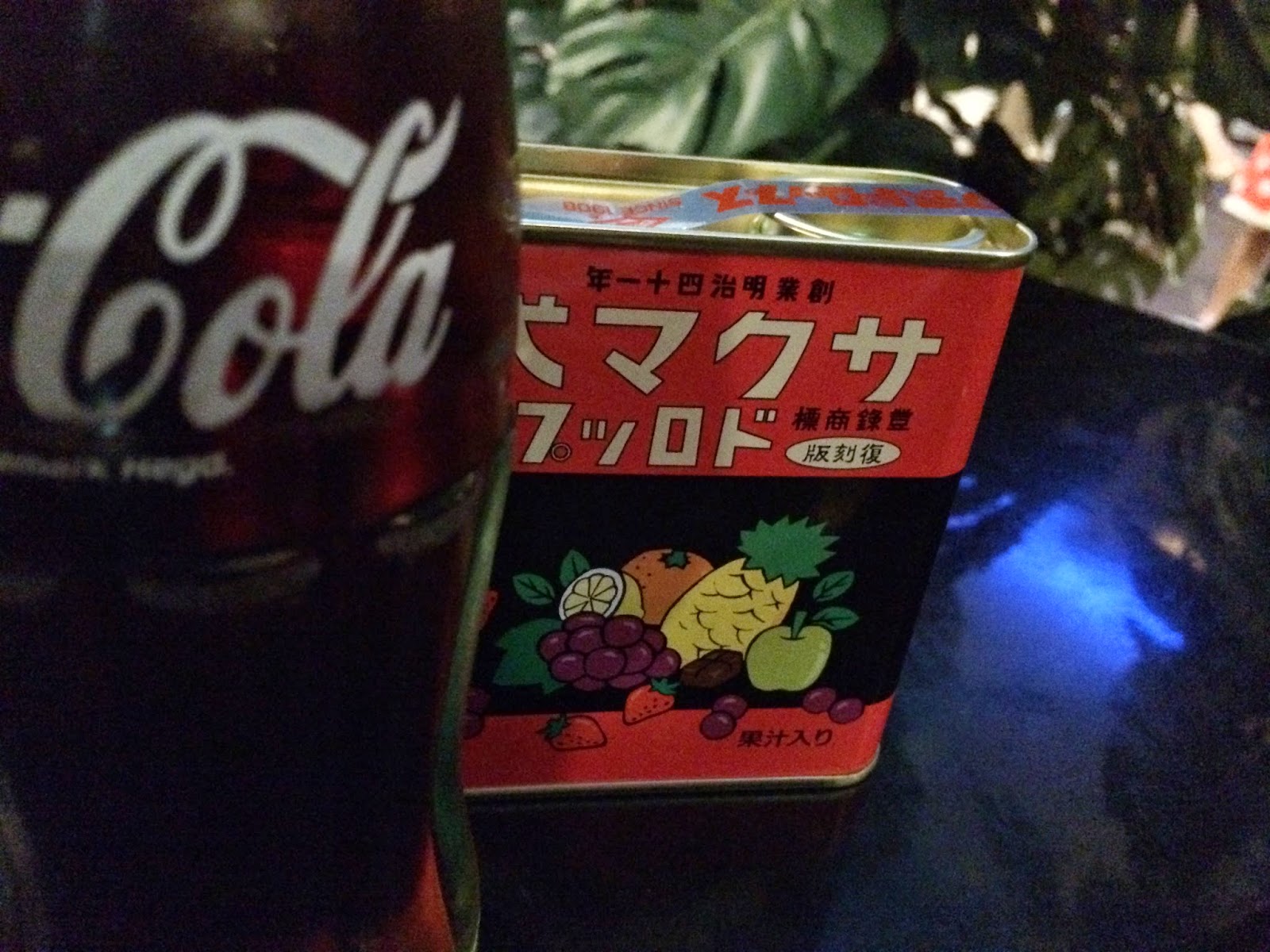 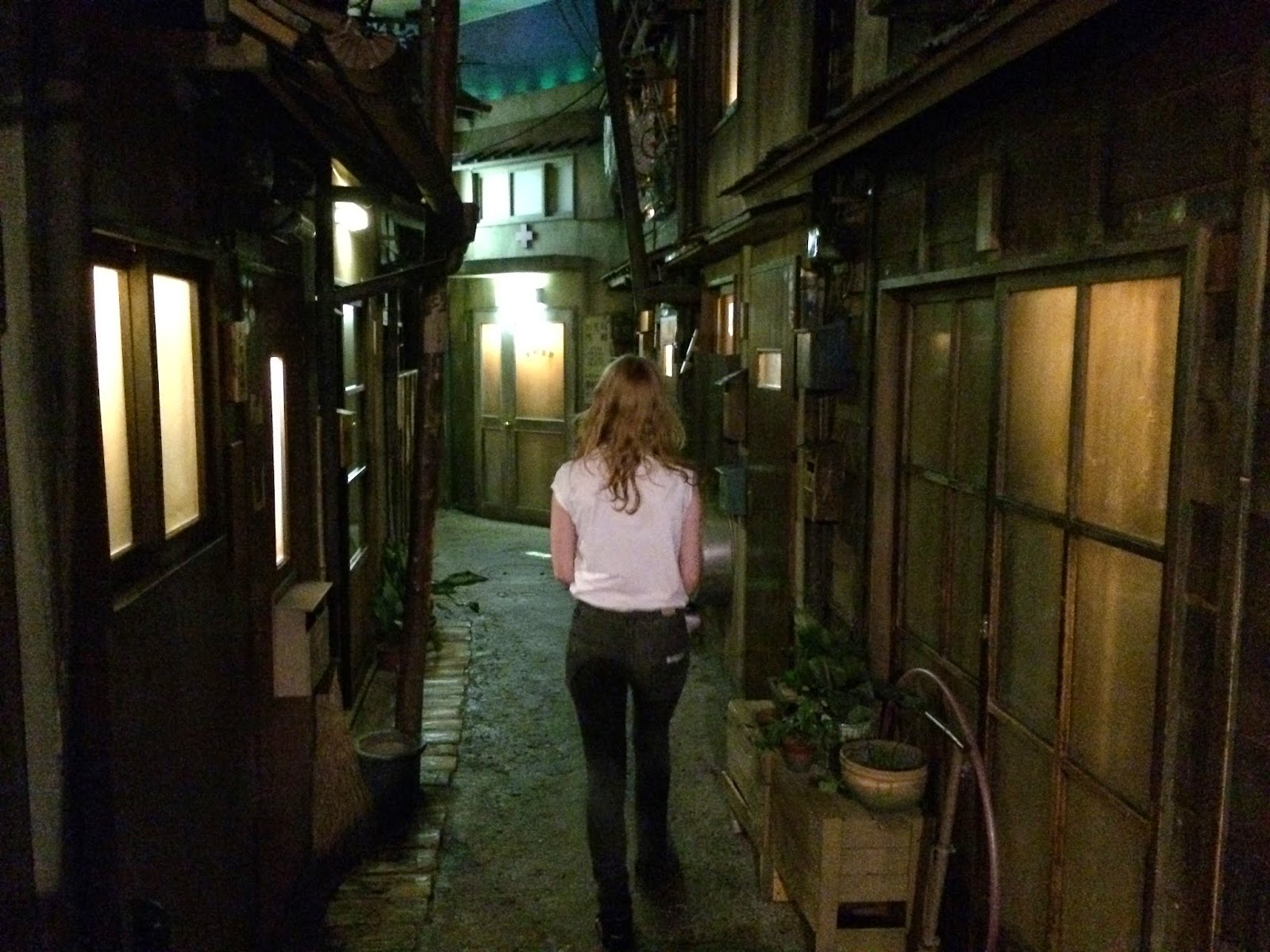