Yesterday I had planned to visit Hanazono shrine in Shinjuku. This is a fairly new Shinto shrine located in the middle of a bunch of multi-storey office buildings and it always seems like such a surprise to find such a green and tranquil place there. (Out of interest breakfast was pastries bought from the Lawson's konbini under our hotel.) It's very popular with people in entertainment industries, who come to pray for success in their ventures.


From researching about Japan I'd heard about something called a Goshuincho. For about 1000 yen you recieve a book specifically used to collect calligraphy and seals from temples and shrines around the country (each additional seal being usually 300 yen). The deal is that Buddists collect these goshuin to show how devout they are. When they're cremated, the books are cremated too to show both the Shinto gods and Buddhas how good you were in that life as a sort of "good karma record". Realistically, they make a really pretty looking souvenir and one I wanted to get my hands on. Hanazono shrine was the closest to our first stop on this long trip and therefore my first seal.
The priest who served me was surprisingly patient with letting me pick the colour I wanted for the book and explained in Japanese with lots of hand gestures how to properly fill out the book. Meanwhile Anthony was busy wandering the grounds taking photos and watching the people praying. The fruits of his efforts:

We then took the Yamanote line from Shinjuku station to Ueno station. Ueno is most famous for its park which was previously the grounds of a temple until the Meiji restoration in 1868. We debated whether to go to the zoo which was advertising baby capybaras, pandas and a baby gorilla. We gave it a miss though because I'd read somewhere that the caging conditions there were not amazing and likely to be a bit depressing. Instead we had a wander through the grounds. I tried a matcha (green tea) flavoured soft serve that was true to its name in that it was very very soft. Anthony didn't like it though but he's not much of a matcha fan.

We also visited Toshugo shrine, an offshoot of the original kaneji temple. Crickets were still chirping in the trees as we walked down the lantern lined avenue up to the ornate gilded gate. I got a goshuin from the Miko manning the charms stall and we paid for entry into the inner area(500 yen/pp). 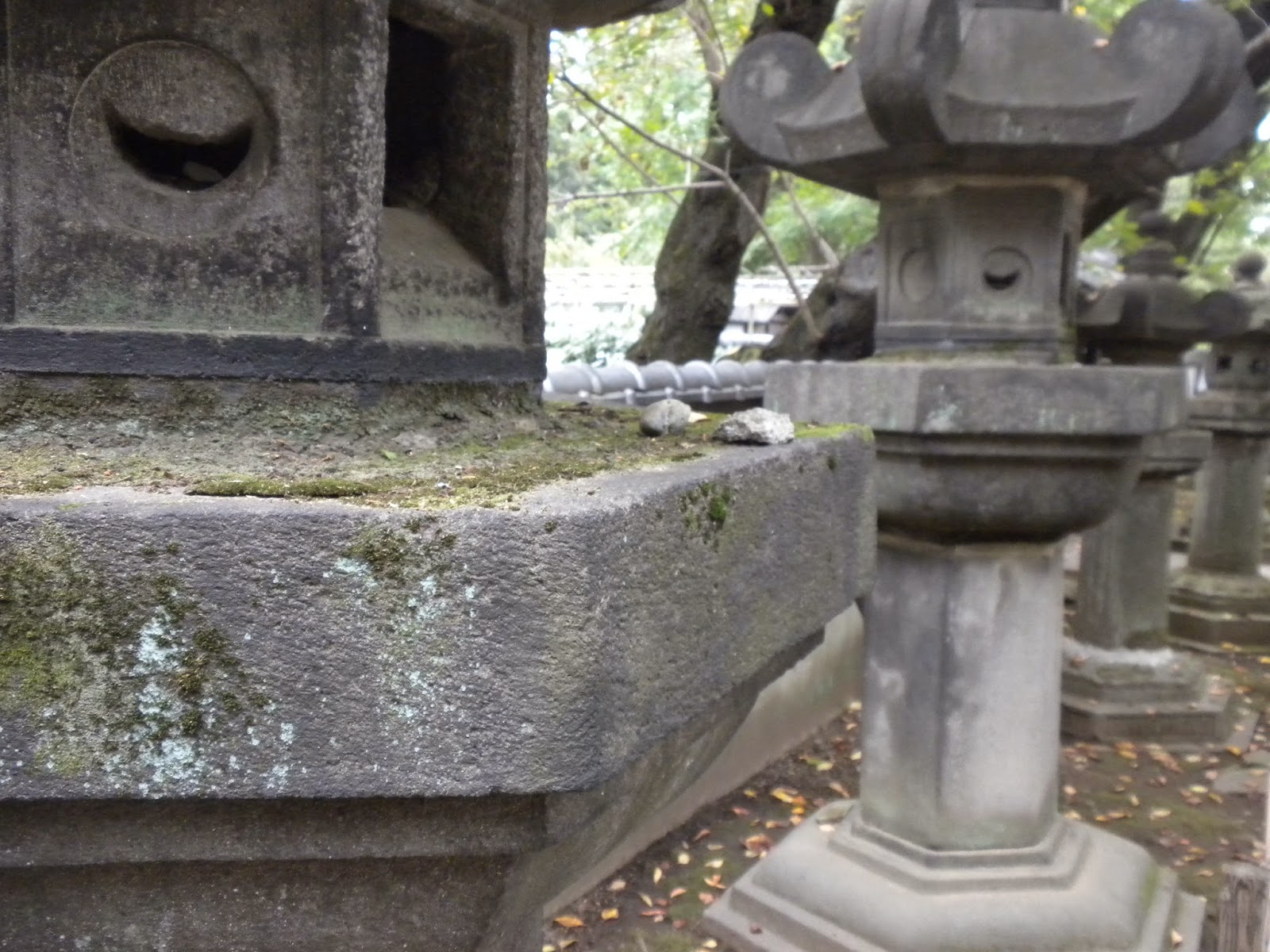 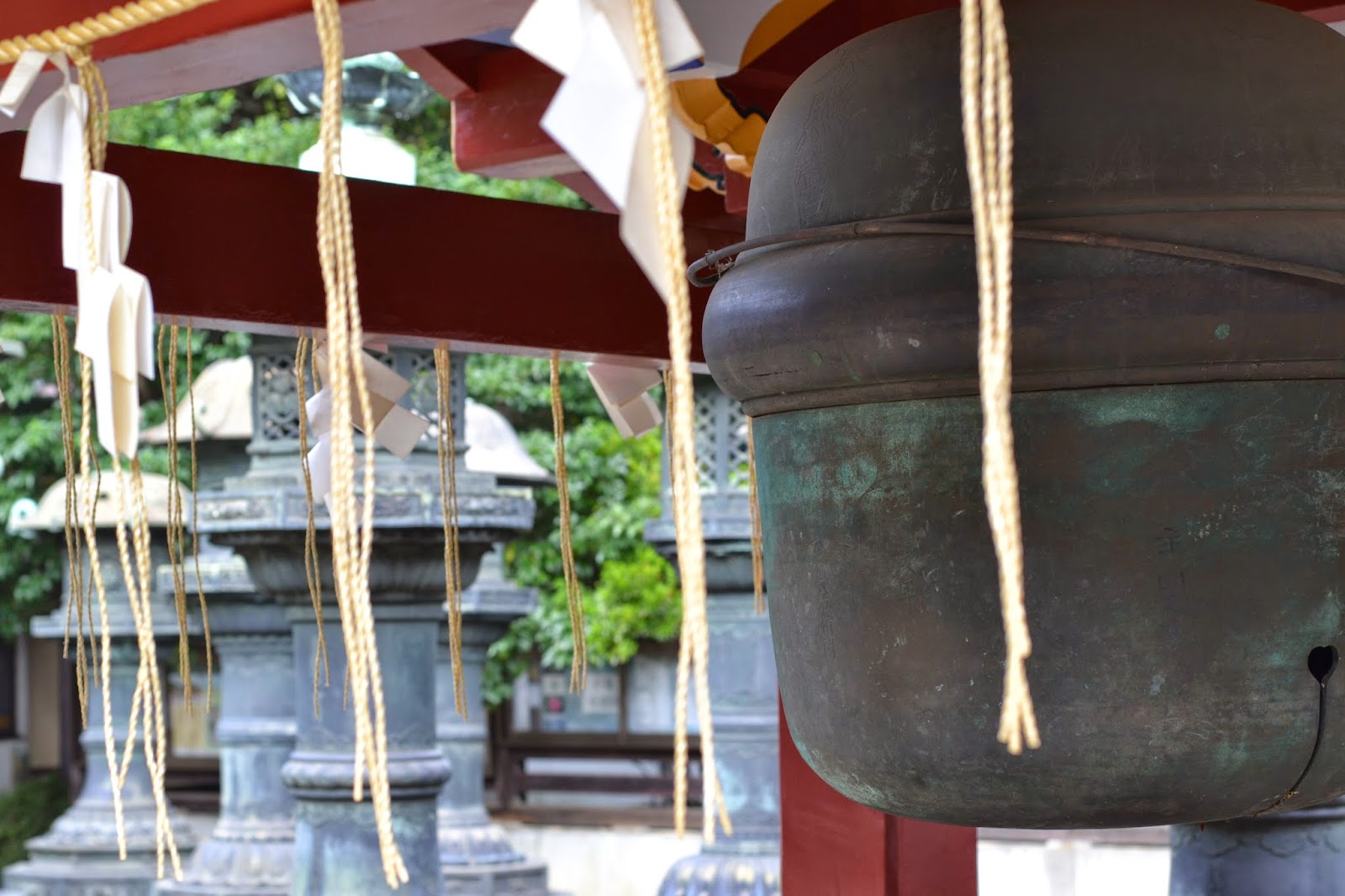 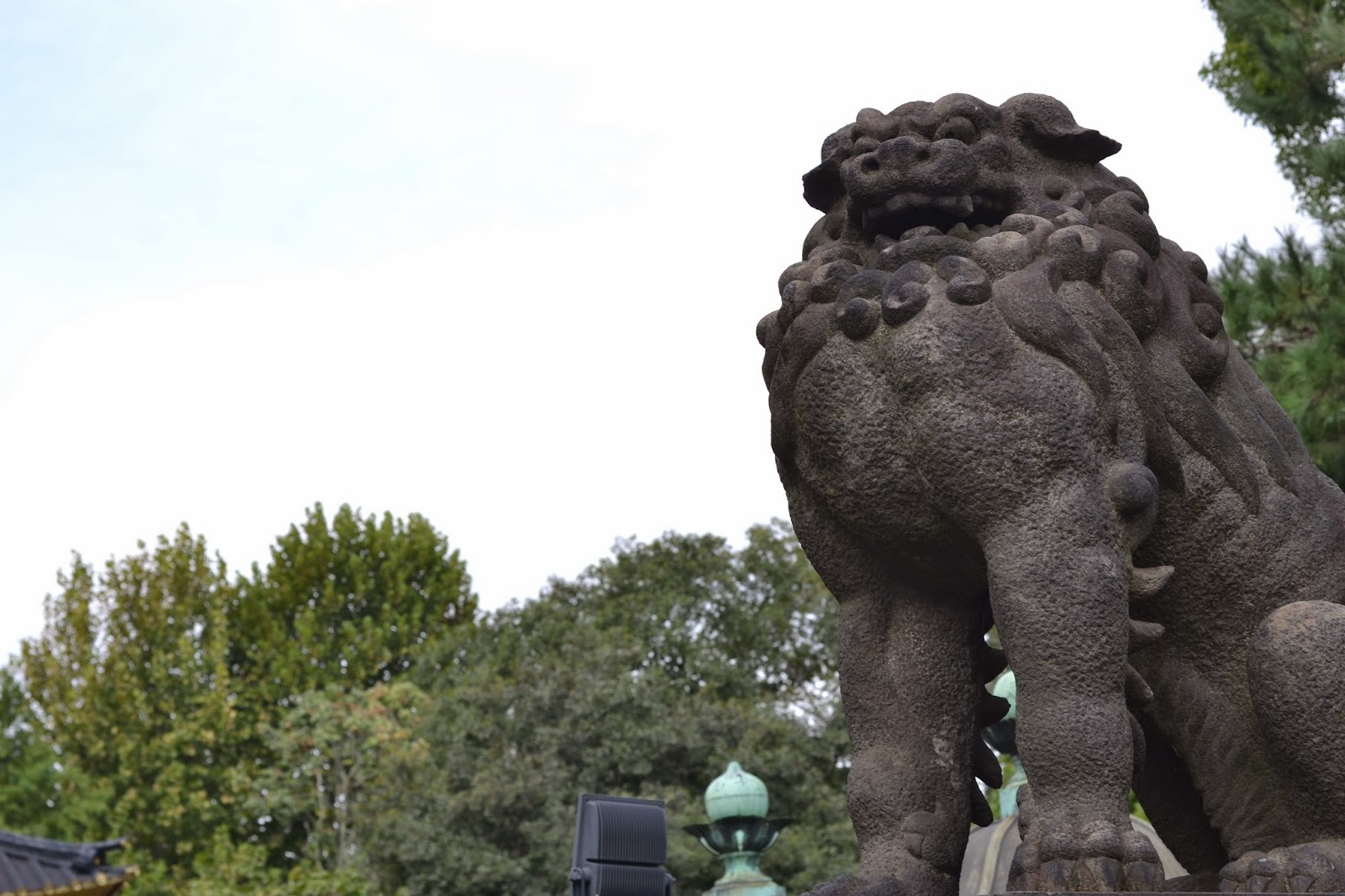 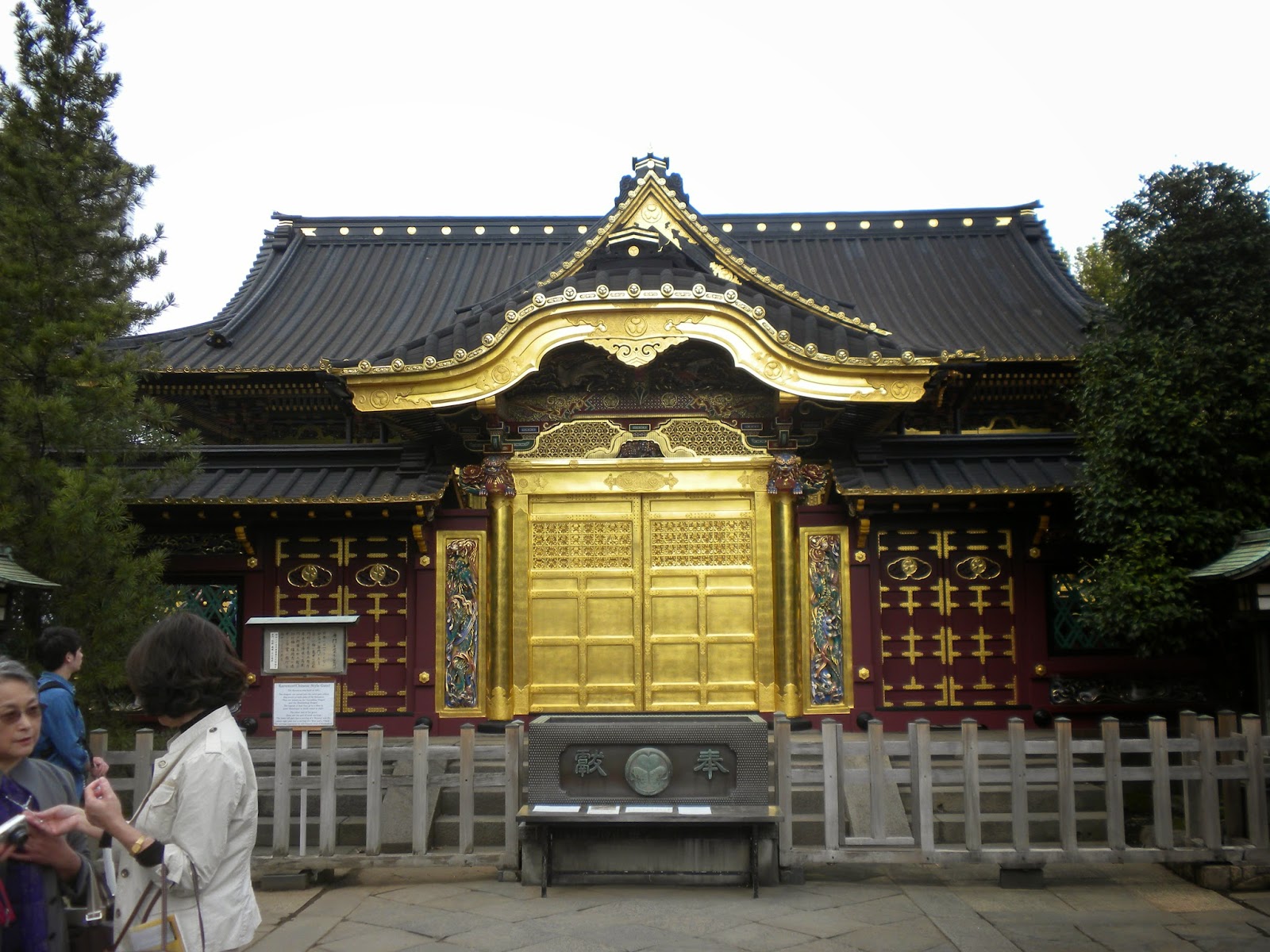 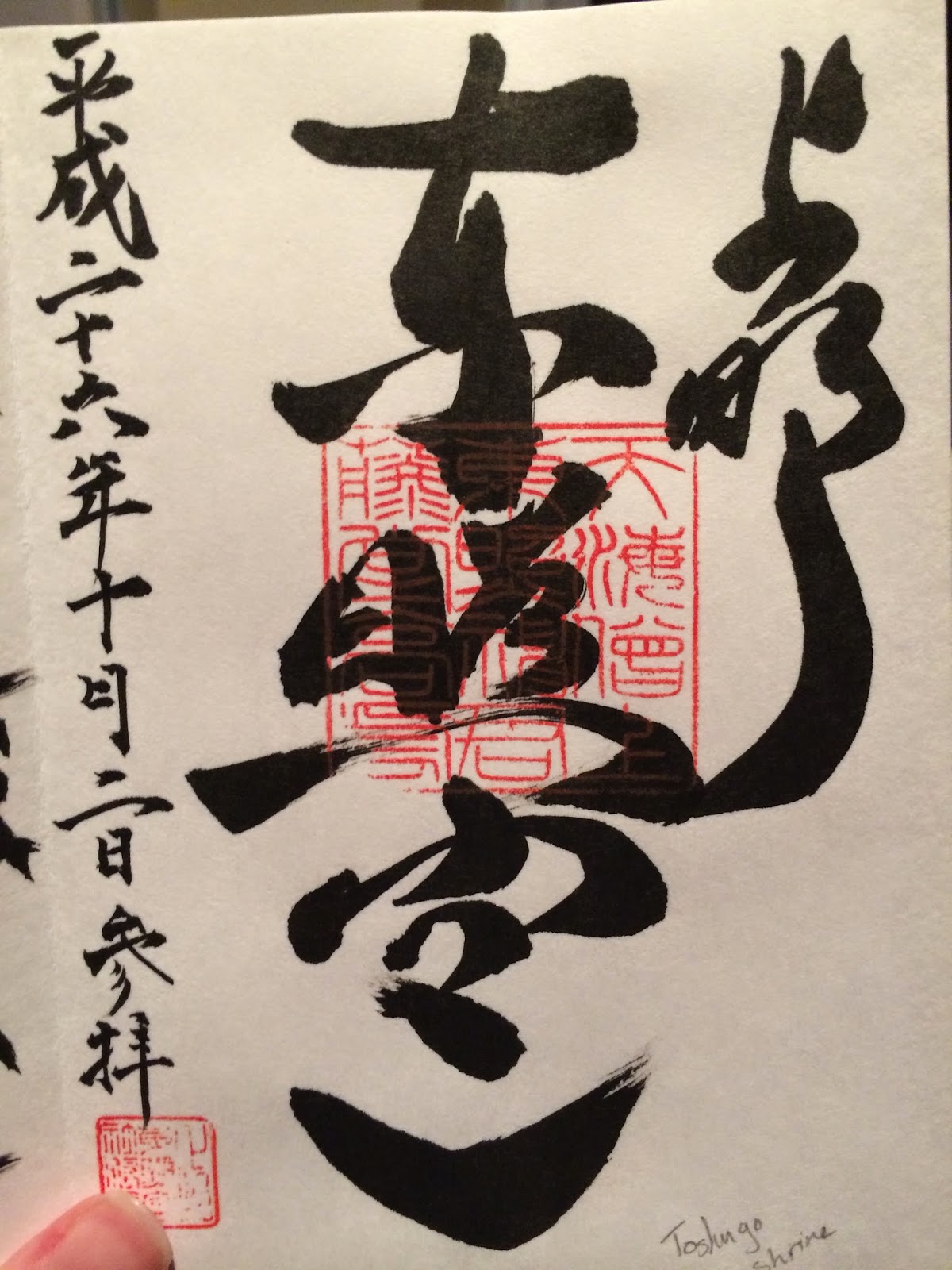 Inside was a sacred ginko tree whose massive trunk was wreathed in Shide (sacred pieces of paper shaped like lightning bolts. There was also a tiny little shrine for Japanese raccoon dogs. 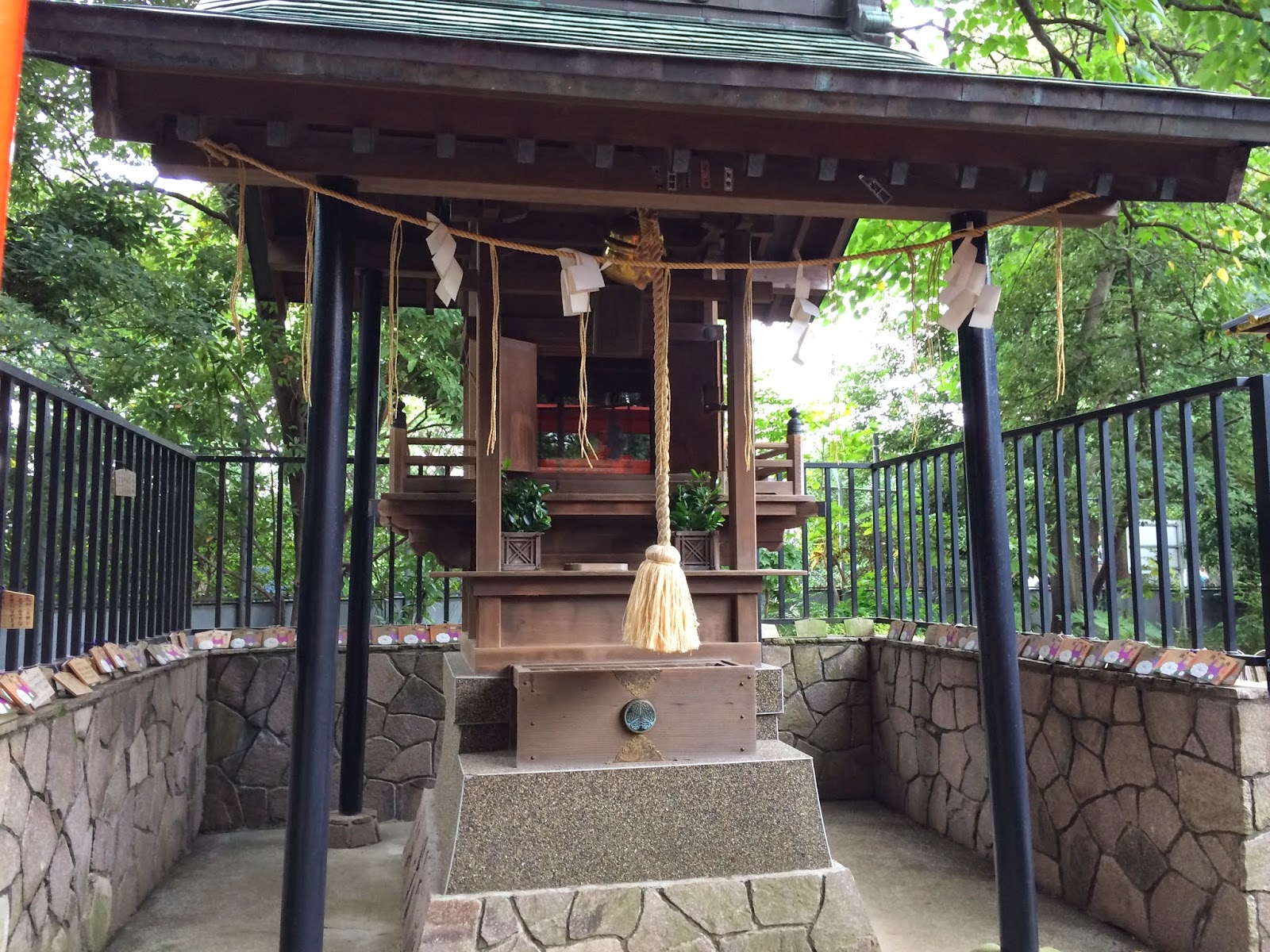 This tree was at least 600 years old and had apparently been there before the shrine was built. The wall around the inner sanctum was covered with painted carvings of water and land birds of which I only took photos of my favourites. Unfortunately we couldn't get into the actual temple as the staff were trying to preserve the gold leaf. 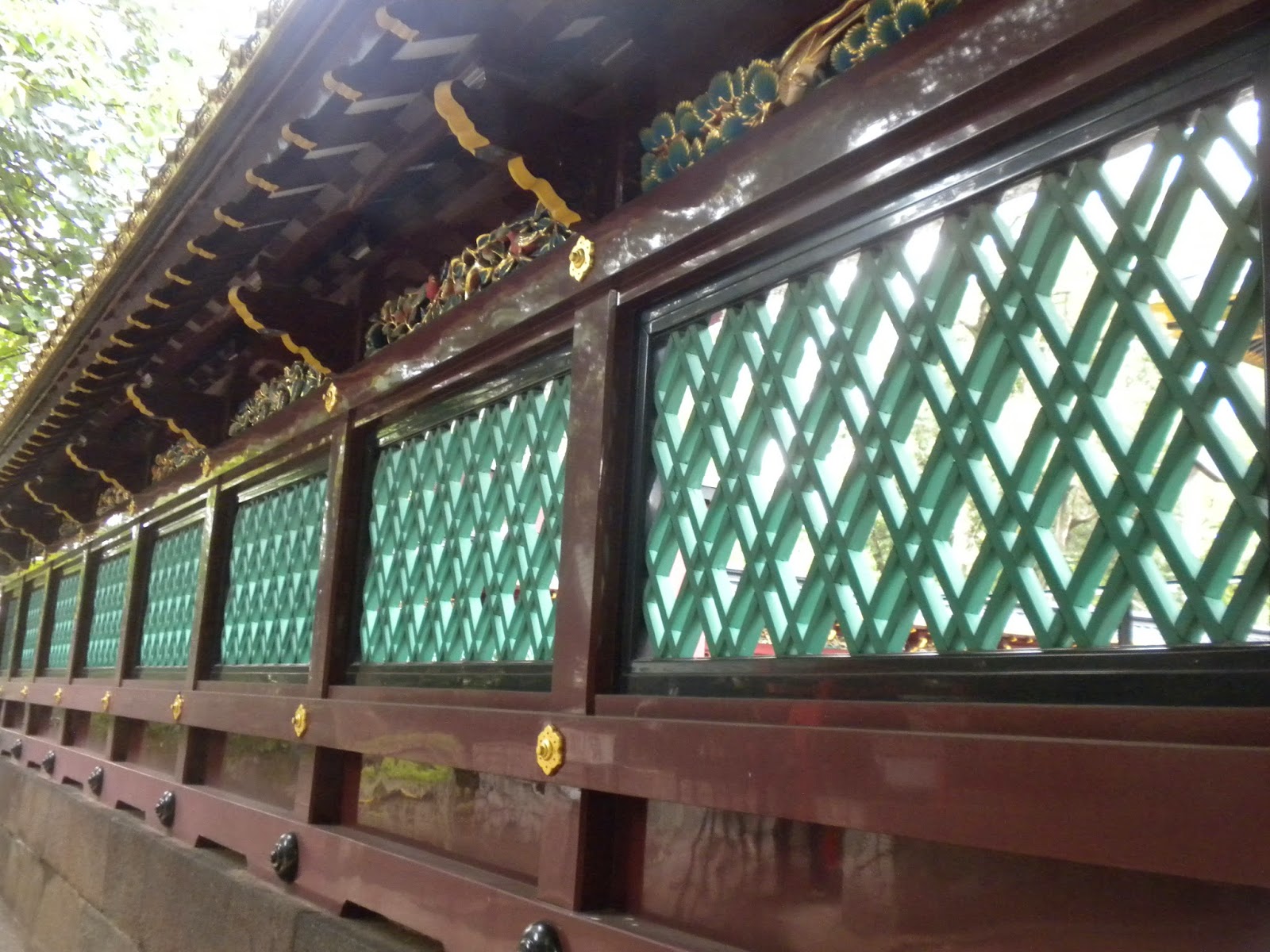 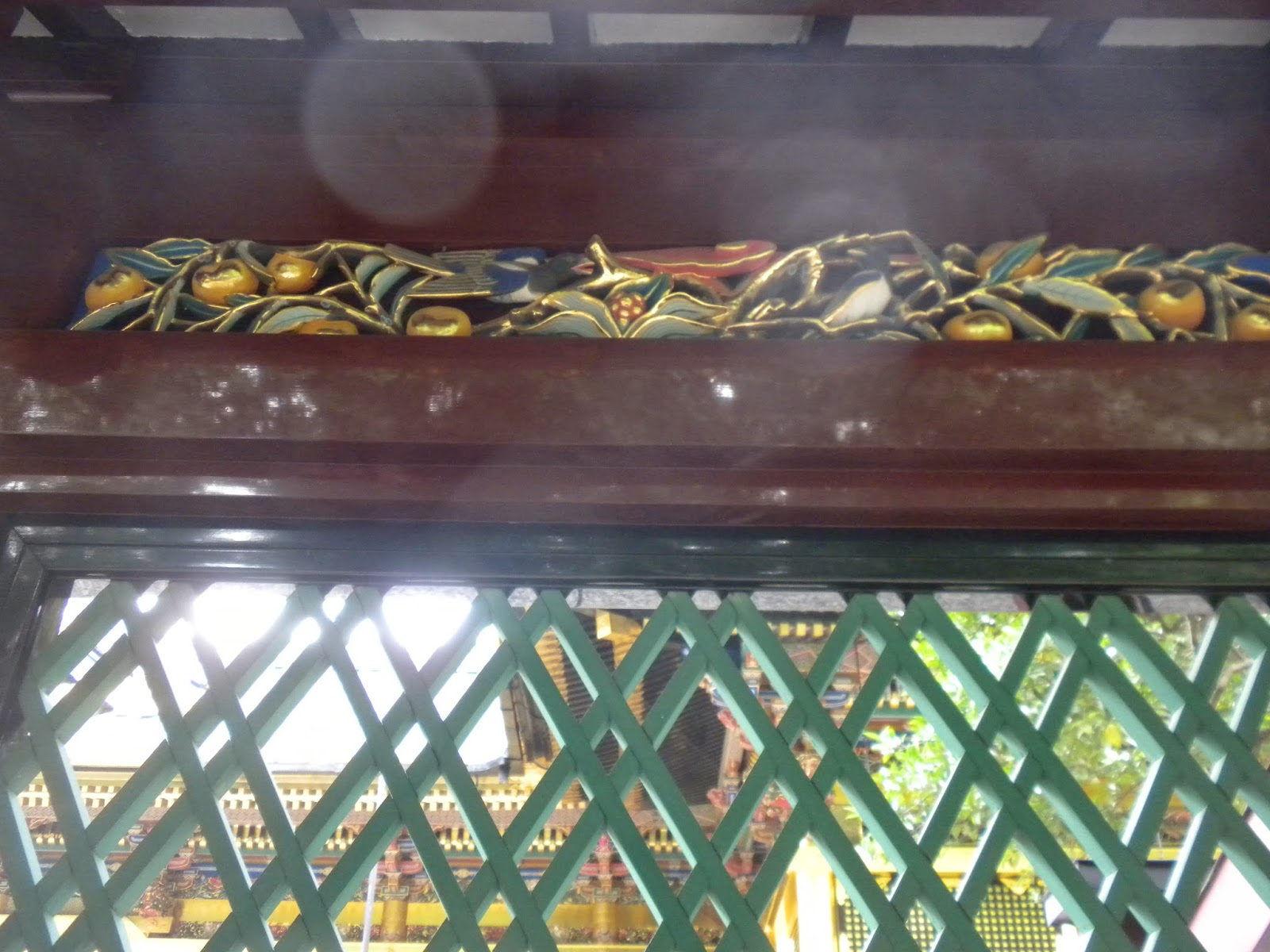 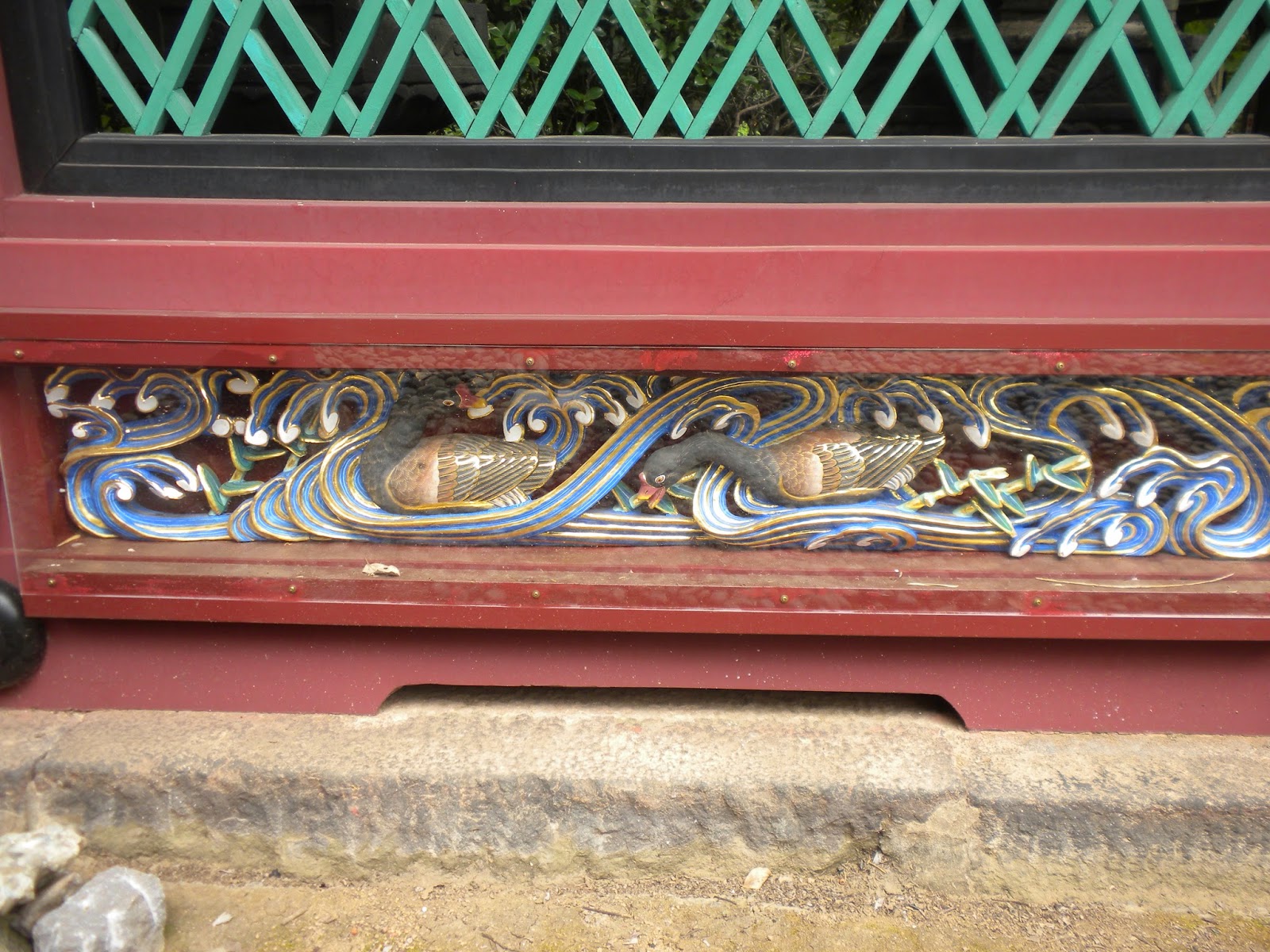 Another thing that Ueno park is famous for is its street performers who have to go through auditions in order to be able to set themselves up. We stumbled upon a magician. Some of it went over our heads with the lack of Japanese knowledge but Anthony loved watching the routines he did to music. We couldn't figure out how he was doing any of the tricks but it was fun that there was a bit of mystery to it. 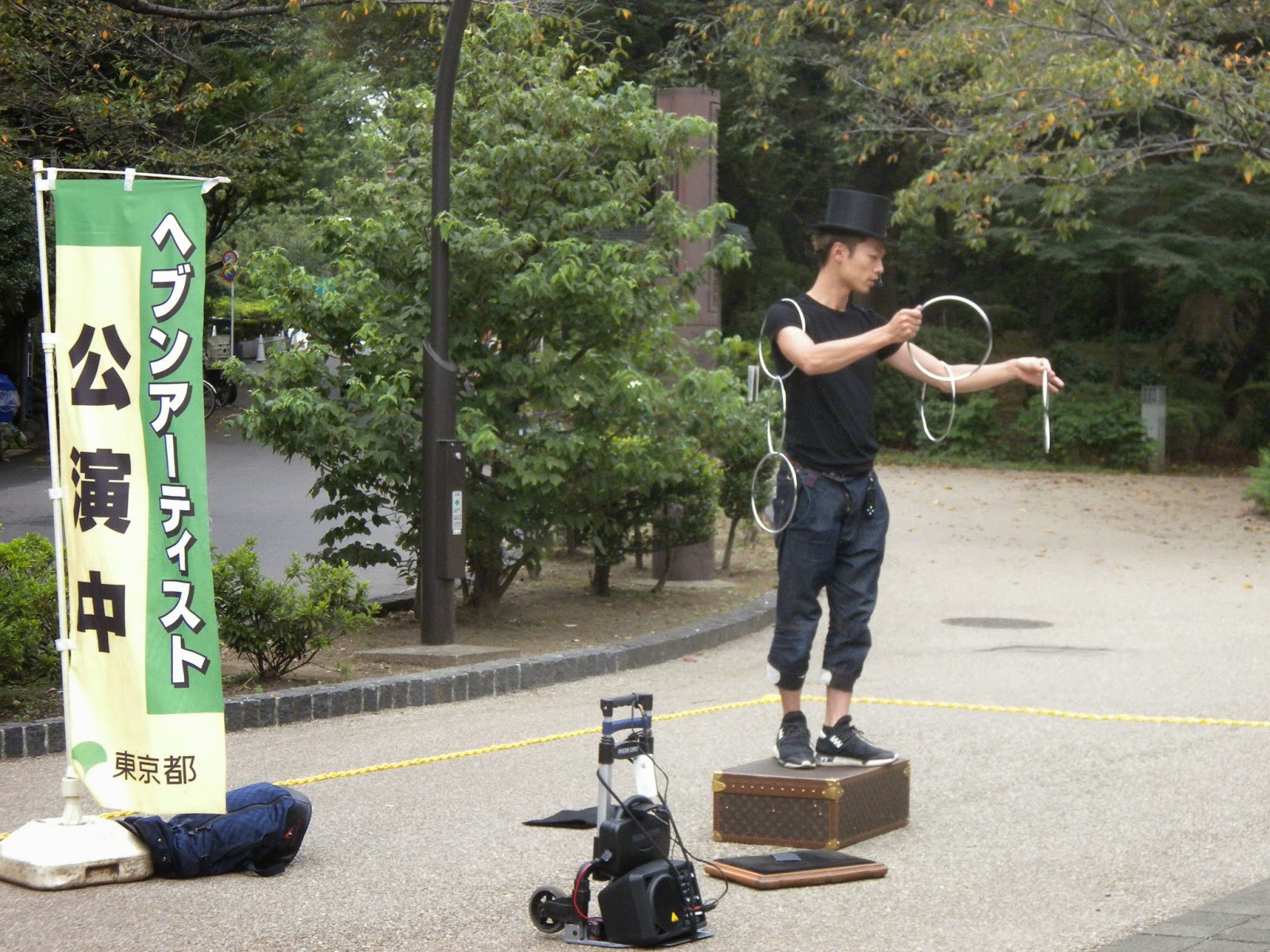 We then walked to the lake section of the park. Yakitori stands lined the pathway to the temple in the middle of the lake. I got my goshuin while Anthony bought a yakitori stick. We contemplated one of the swan paddleboats but couldn't make ourselves motivated enough to pedal around the lake for 30 minutes. It was nice watching the families floating around in them though while the carp hung around the edges hoping that someone would feed them. 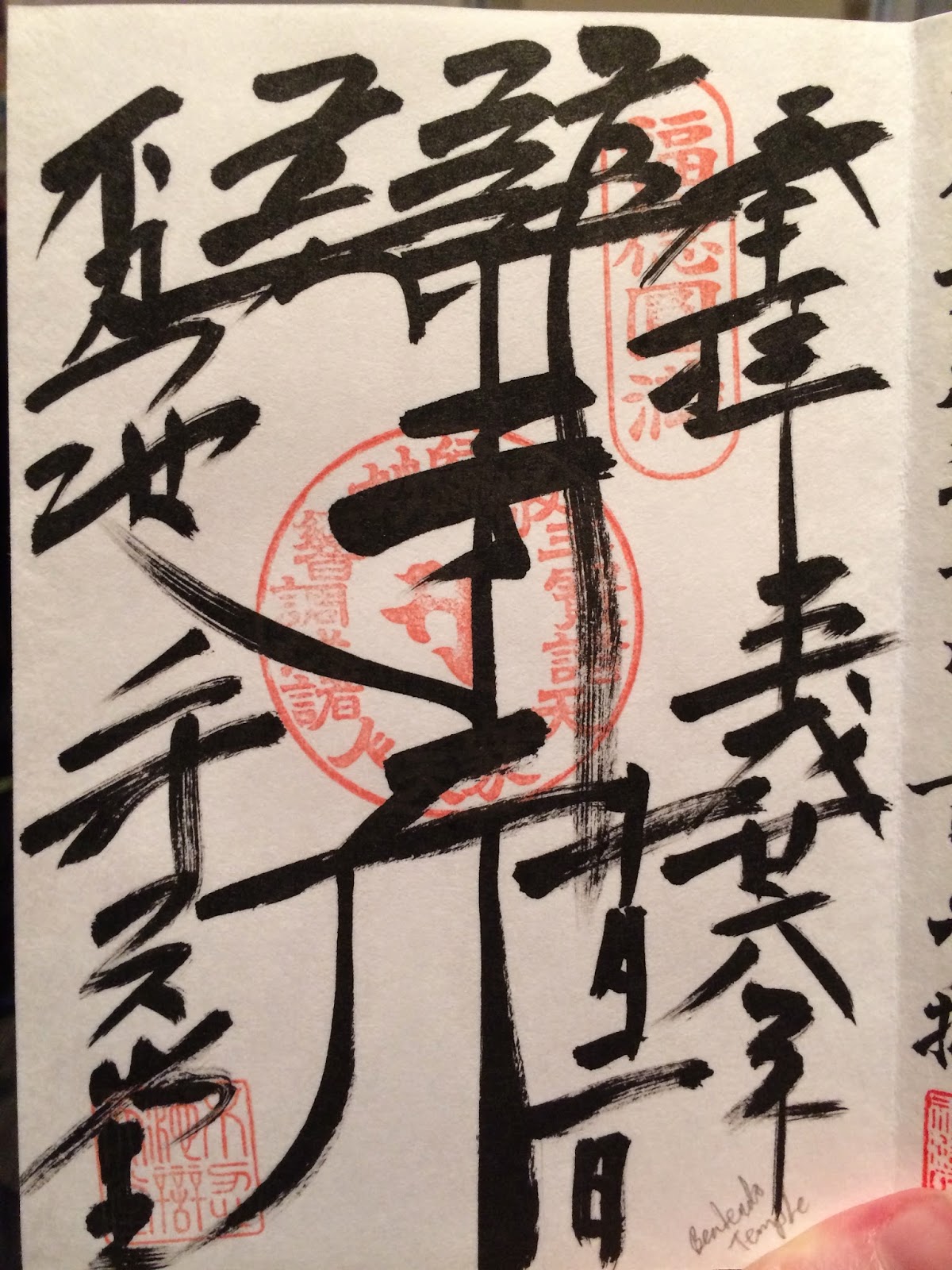 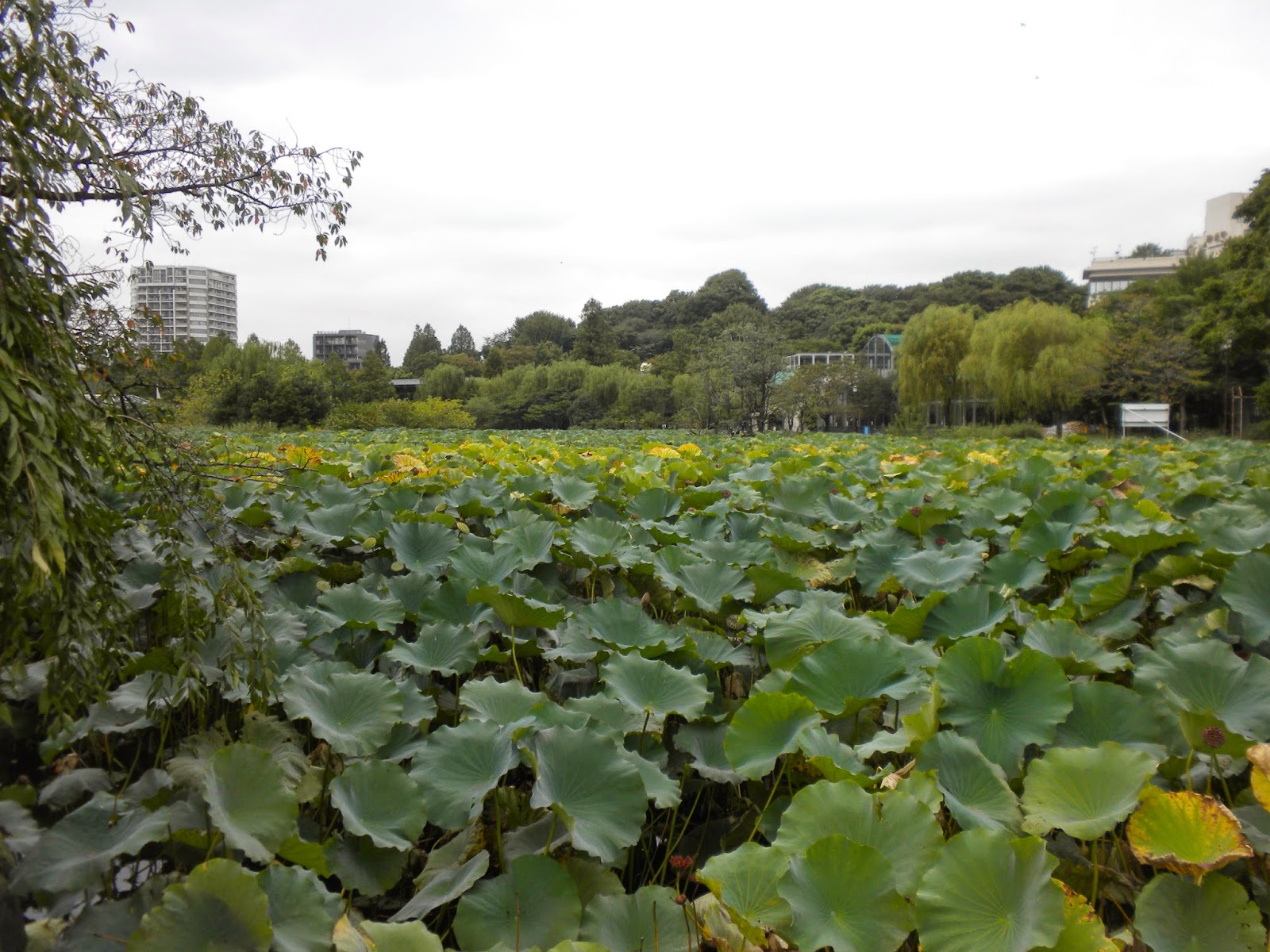 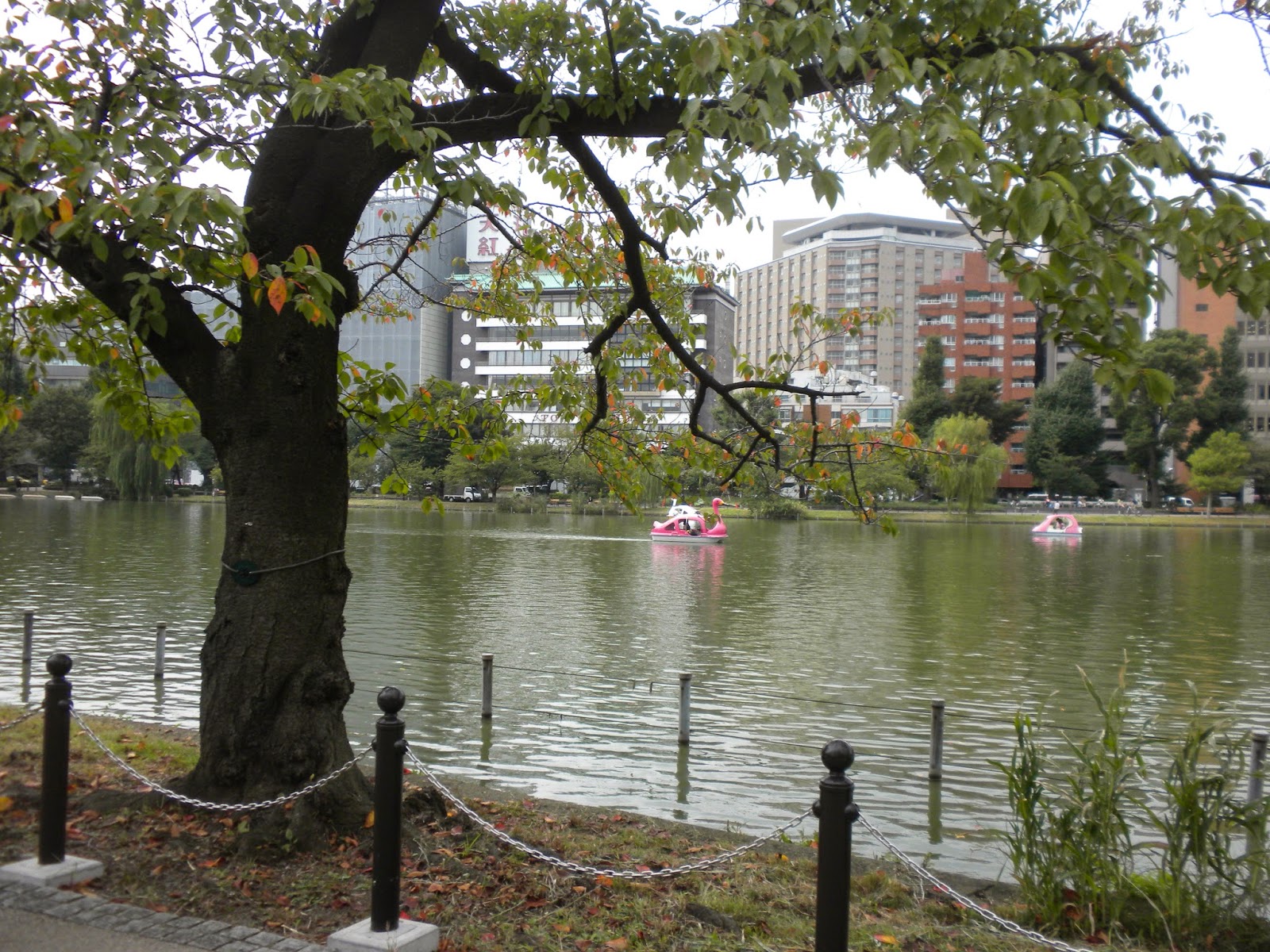 Asakusa was our next stop and first thing on our mind was lunch. We ended up being ushered into a chain sushi store called Sushizanmai. Cheap it might have been but the food tasted amazing and we ended up trying lots of things we might not have gotten if we'd had to spend more. We both ordered one of the monthly specials as 5 pieces for 680 yen to start with.


The salmon roe has a slight taste of grapefruit to it, and the flounder's fin (while the texture wasn't what we were used to) tasted lovely and buttery. The rest of the pieces were nice but not particularly memorable (apart from Anthony and the unexpected wasabi in the salmon nigiri.). Anthony then wanted to try the snow crab nigiri and something aburi or blowtorched. The sushi chef in front of us recommended the fatty tuna and thank god he did. It was juicy and fatty and worked so well with the vinegared rice. We loved it so much that we ate them too fast to take a picture of any of it. The snow crab was average but very spicy as it had some sort of horseradish on top.

Nakamise-dori and the Kaminarimon gate which lead up to Senso-ji temple (built in 628AD) are one of the most touristy areas in tokyo. Rickshaw runners try to pass you pamphlets and offer you their services. The stalls in Nakamise street are filled with fans, cheap polysester kimono, postcards and foods. Most of the food stalls will give you samples of their treats. Below is a picture of the agemanju we were given hot off the machine. These are the representative sweets of Tokyo and consist of a soft pastry case filled with red beans. They were actually really delicious but something about their sweetness made you need a drink of water.


Making our way up to Senso-ji we saw a bunch of mothers coming to pick up their children from the nearby kindergarten. All the children wear matching hats. First things first, we went and drew our fortunes. Anthony got the best fortune. I got a small fortune (last trip I got bad so this is significantly better). After taking photos we tied them to strings of wire so the wind would carry them and make them true. We also lit candles for health of our families. I got my goshuin and Anthony bought a bunch of incense to burn in the big cauldron out the front.
Hopefully luckier, we set out to walk to Tokyo Skytree. We went to the second highest platform at 350 meters. The elevator goes all the way up in 50 seconds at a top speed of 600km/hr. You can't even feel it though apart from your ears popping every hundred meters or so. It was a smoggy day so we didn't stay up there for long despite the amazing views. On a clear day you're able to see Mt Fuji.

For dinner we went to a Nagomi visit where a local family lets you visit their houses and cooks you homestyle Japanese food for dinner. Our family cooked us Oden which is a type of vegetable and fish stew. I highly recommend doing this if you come to Japan. I won't write too much about the visit here but only that it was a unique and worthwhile experience.