Tokyo Disney resort is the only Disney theme park owned and run by a company that is not Disney. Confusing right? But the consensus between most Disney geeks is that the two parks (Land and Sea) are two of the best, if not the best, in the world. 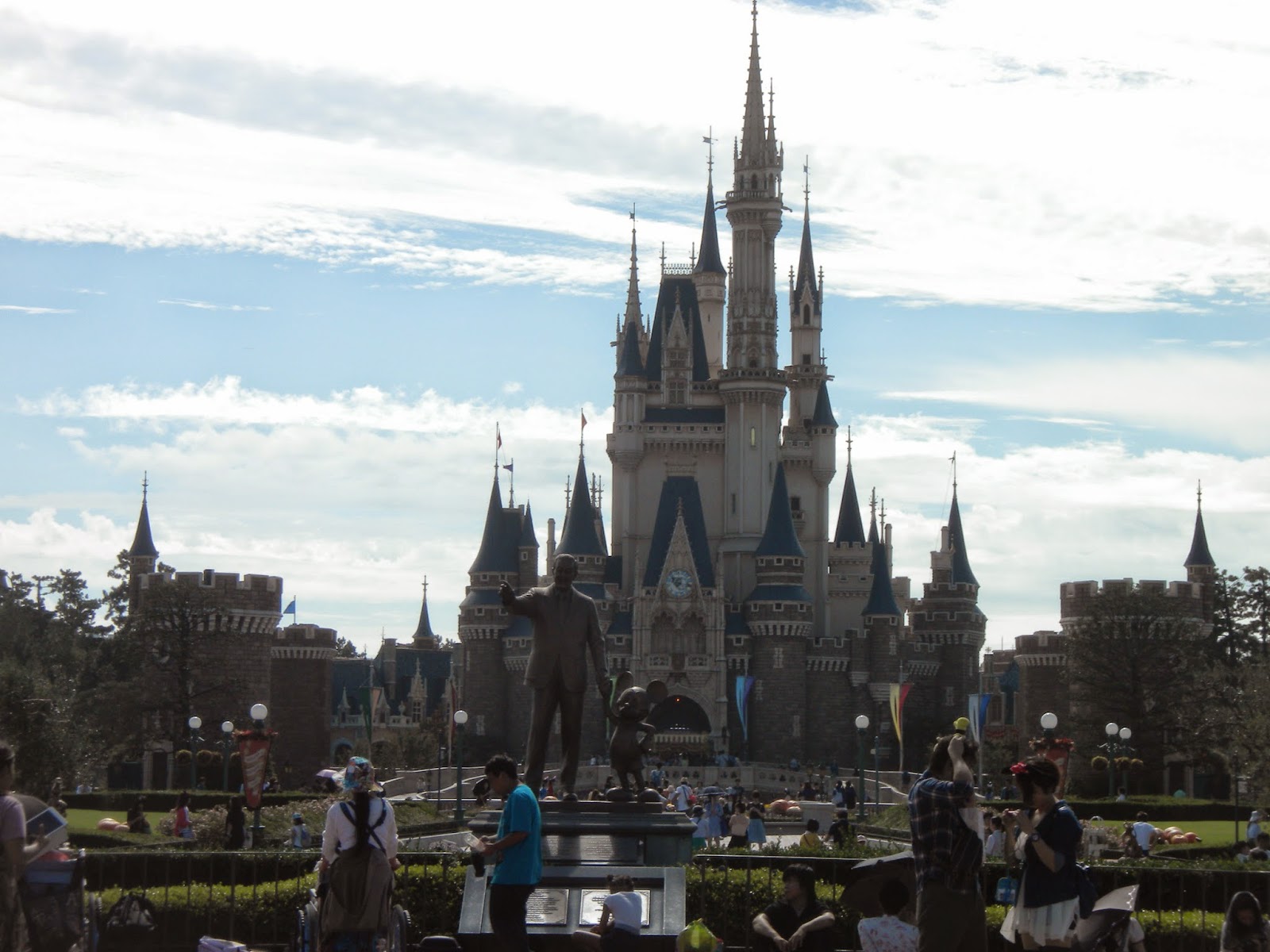 Realising we may never make it to America and the real Disneyland, we decided to try out the Japanese one. I'd been before but had only been able to spend a few hours and felt that I wanted to explore more. For Anthony, it was his first time and I would help him navigate to get fast pass tickets for the good rides.

Since it was October, the park was themed for Halloween. Lots of orange and Ant and I had fun spotting all the different kinds of faces on the pumpkins. 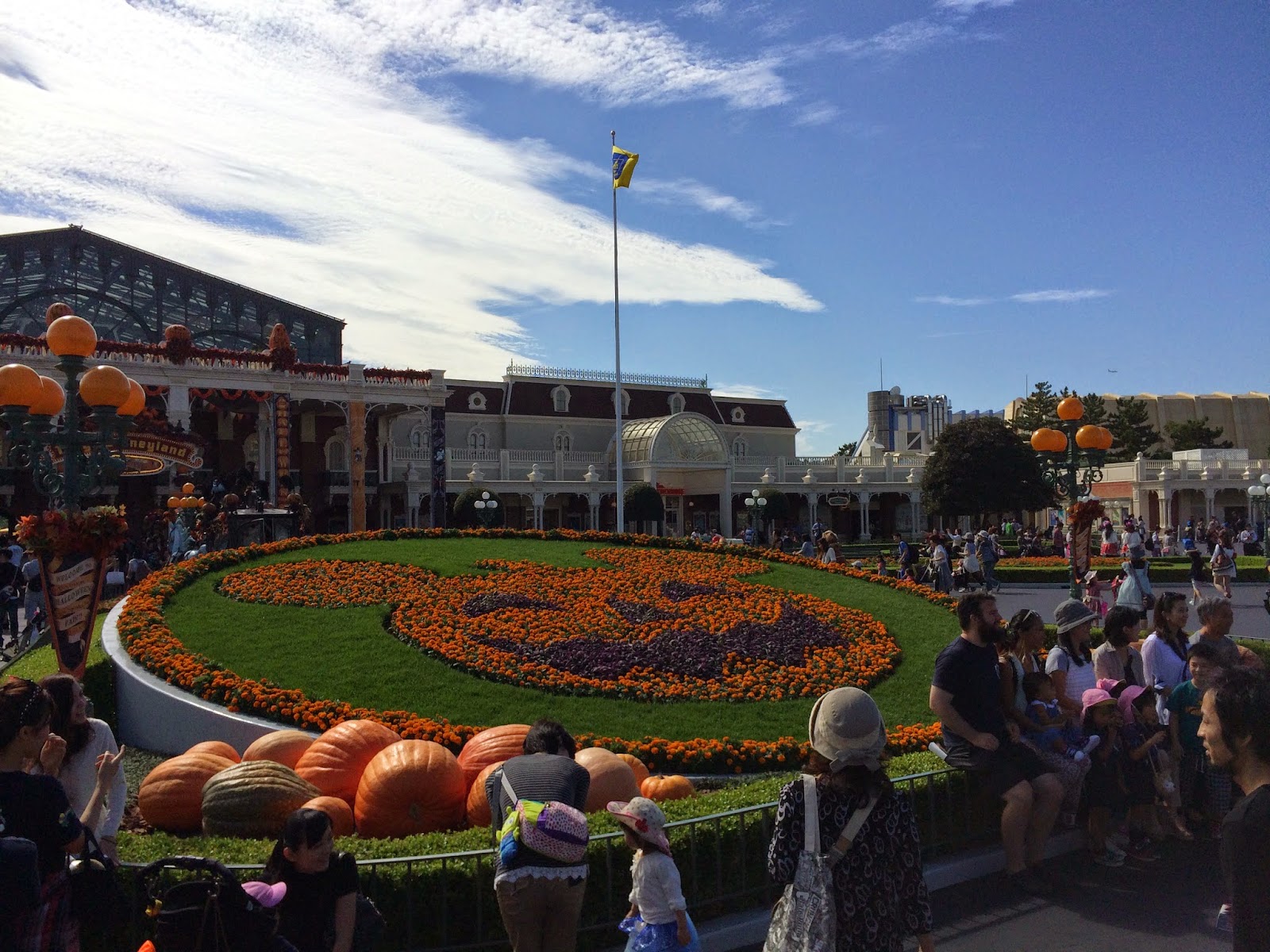 Anthony is a keen Nightmare before Christmas fan so we went straight to the Haunted Mansion ride. This had been specially themed around Jack Skellington staging a Christmas party for the ghosts that normally reside in the mansion. From what I could gather anyway. All the dialogue was in Japanese but it didn't stop it from being fun. As a result of the re-theme the standby line was 45 minutes long. Not the worst wait for Disneyland Japan (the Monster's Inc ride line was over 3 hours each time we checked so we gave up on it entirely), but in the sun at 29 degree heat it was long enough. We also snagged fast passes to ride it straight after we did the first run. 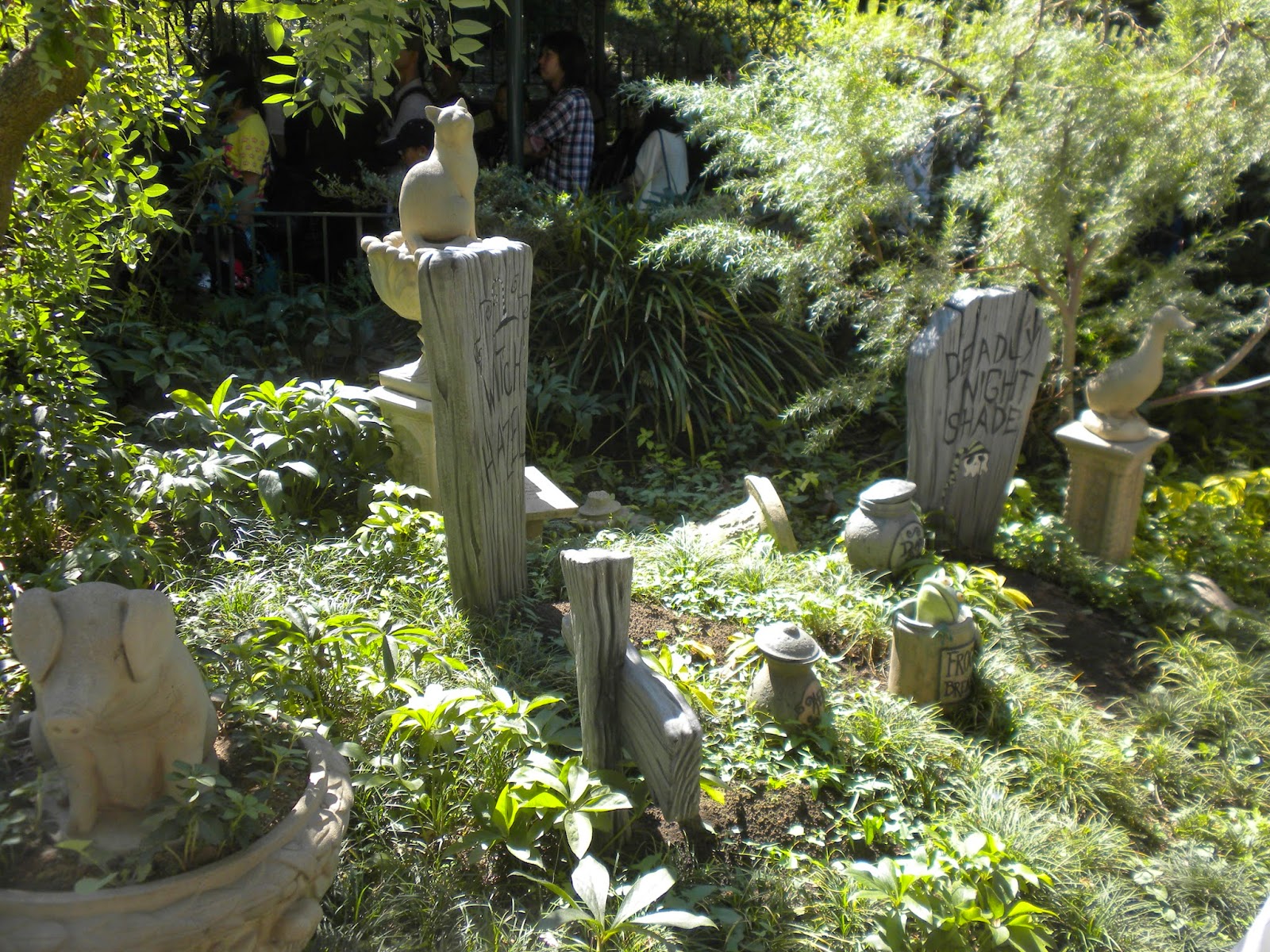 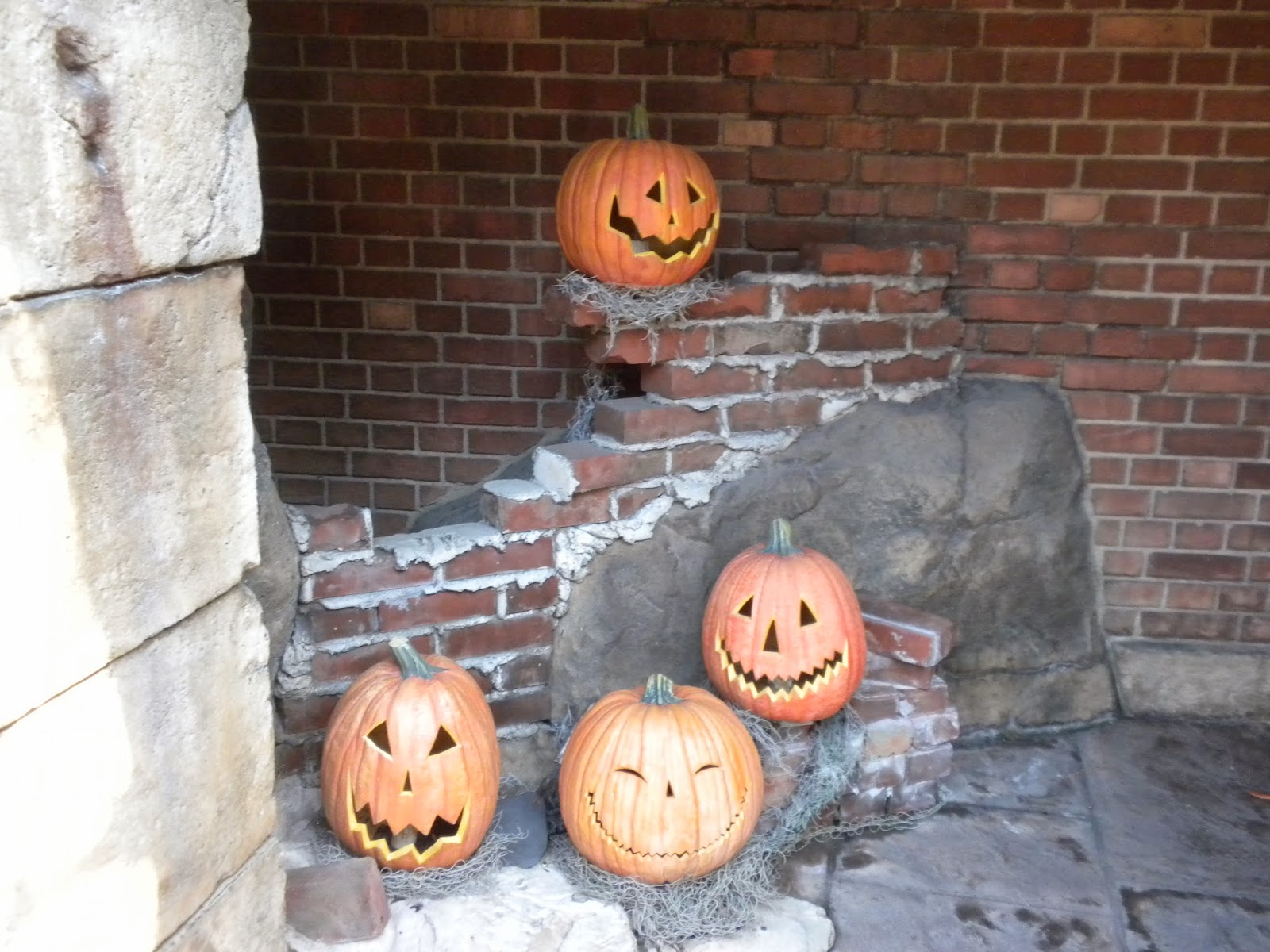 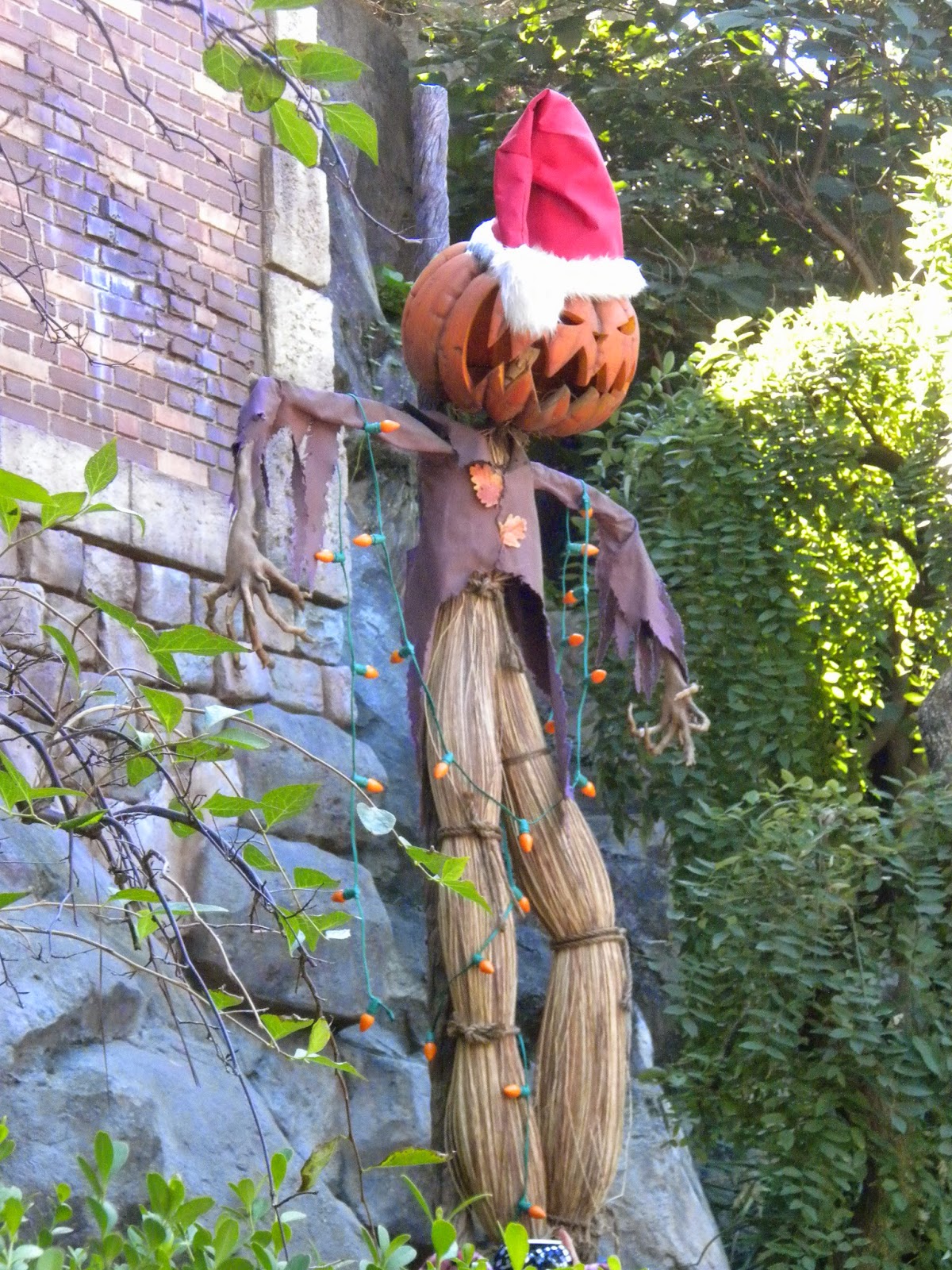 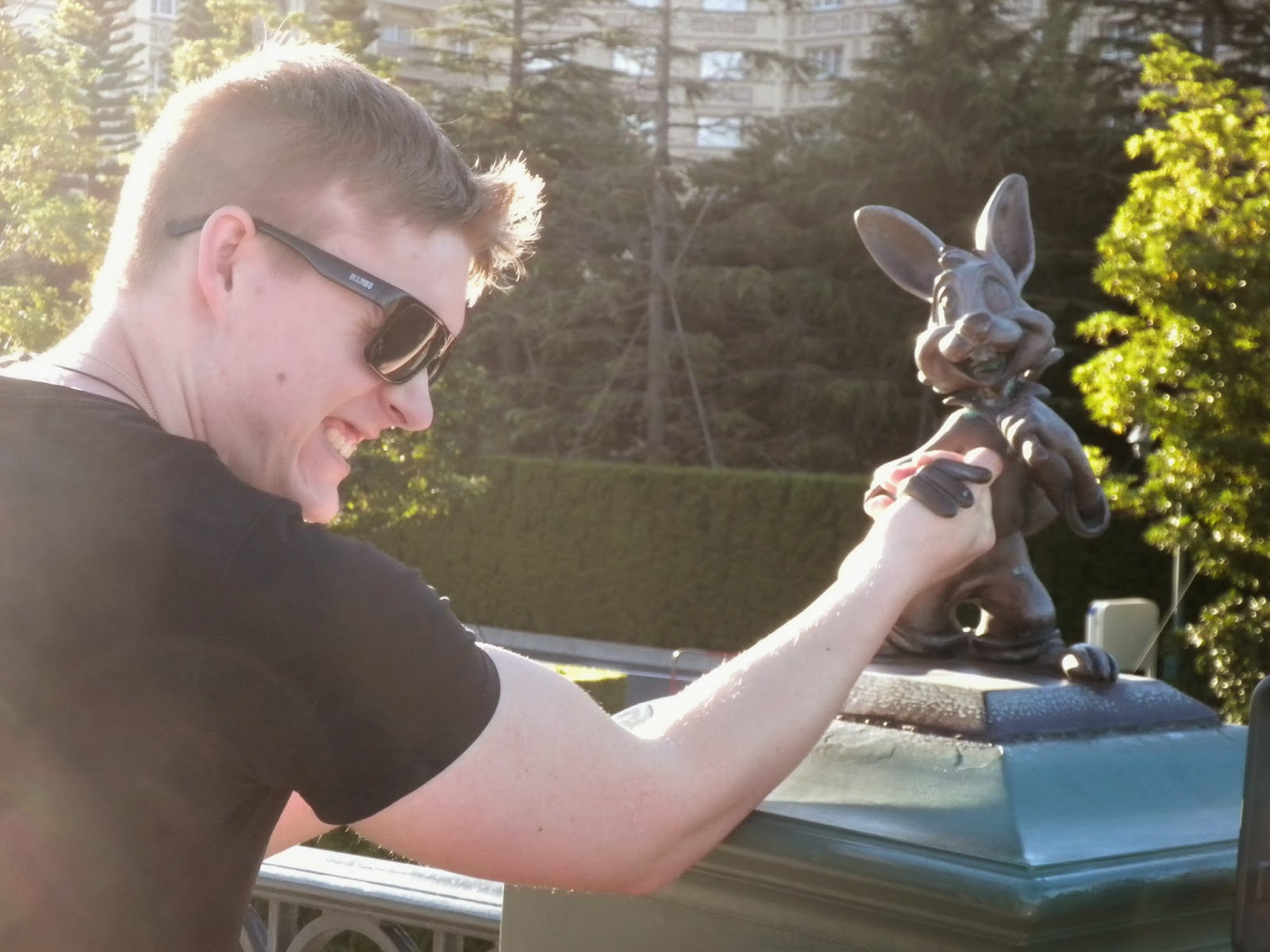 While we were waiting we got to see some of the Happy Halloween Harvest Parade from the line. The music was excellent and I have to admit I turned into a little girl again seeing all the wonderful floats and characters dance their way by. 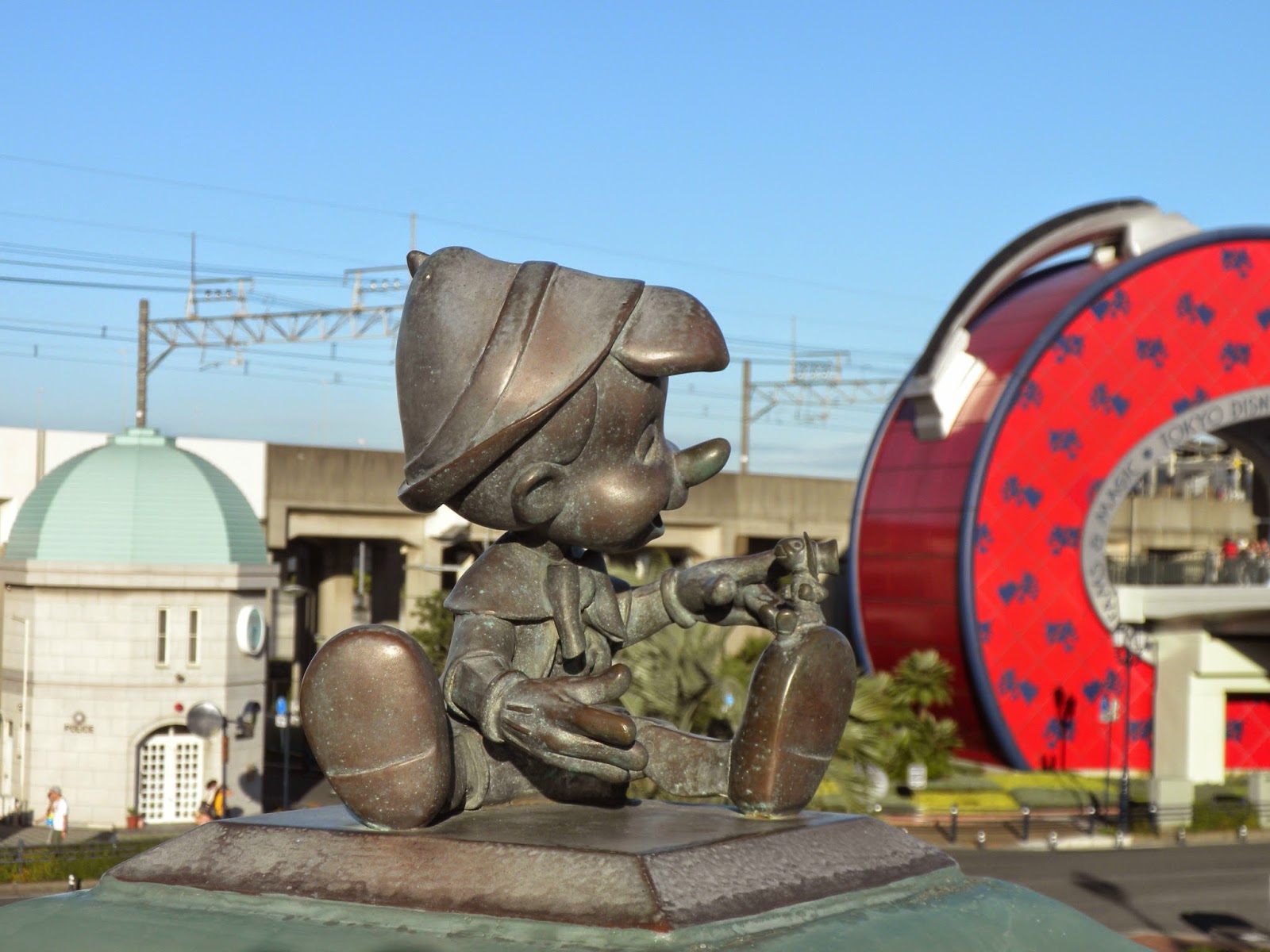 The ride itself was pretty good. Some of the effects had Anthony and I debating over how they were achieved but from my previous experience I had to say that some of them weren't as good as the original ride. Our second ride through was fraught with stops. As we were unable to understand the language, these waits were particularly confusing.

We then headed off to grab ourselves some more fast passes for either Pooh's Hunny Hut (a TDR only ride) or Space Mountain. Cast members were stopping people from getting into Pooh and from what we could gather the ride had malfunctioned. It was on again later in the day with a wait time of 120 minutes as we went to get our space mountain time slot but by the time we came back the ride had shut again. No Pooh for us.

With Space Mountain fast passes in hand we then went to fulfill my mother's request for a photo on the teacups. We didn't get a photo, we got a video which I won't post here. In the line, Anthony kept making friends with chubby little toddlers fascinated by the tall blonde people. On the ride, he was a madman. Thank god the wheels lock up if you spin it too fast. 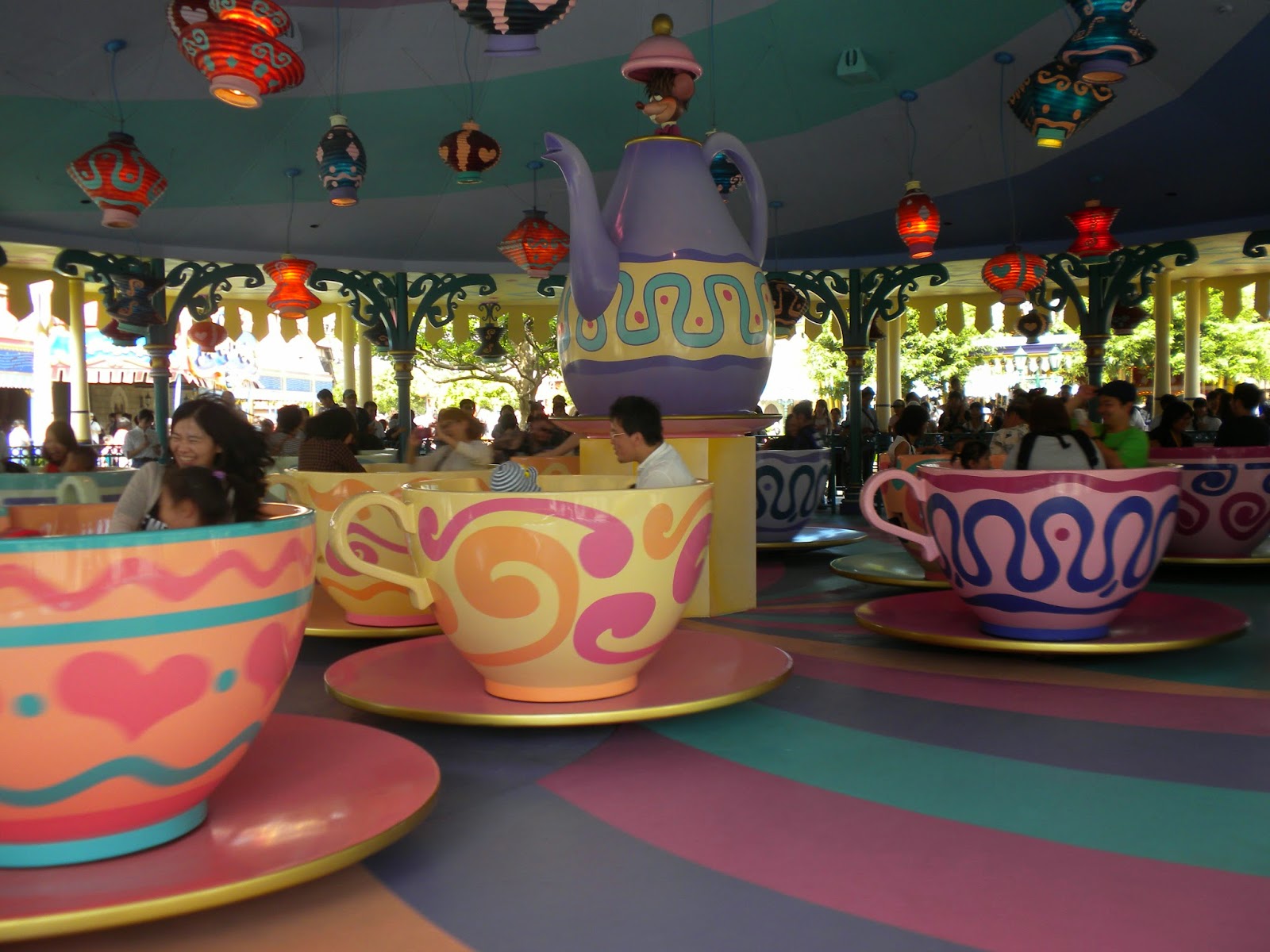 We grabbed some Mickey Mouse shaped ice-cream sandwiches, a pair of Minnie ears for myself, a pumpkin dancer plush for Anthony and shared a basket of pepper chicken tenders, chips and corn coleslaw. It was just fun watching the paddle steamer and canoes cruise around Tom Sawyer Island (and the toddler running back and forth from her parents screaming and giggling "tadaima!!!(I'm home)" over and over again. 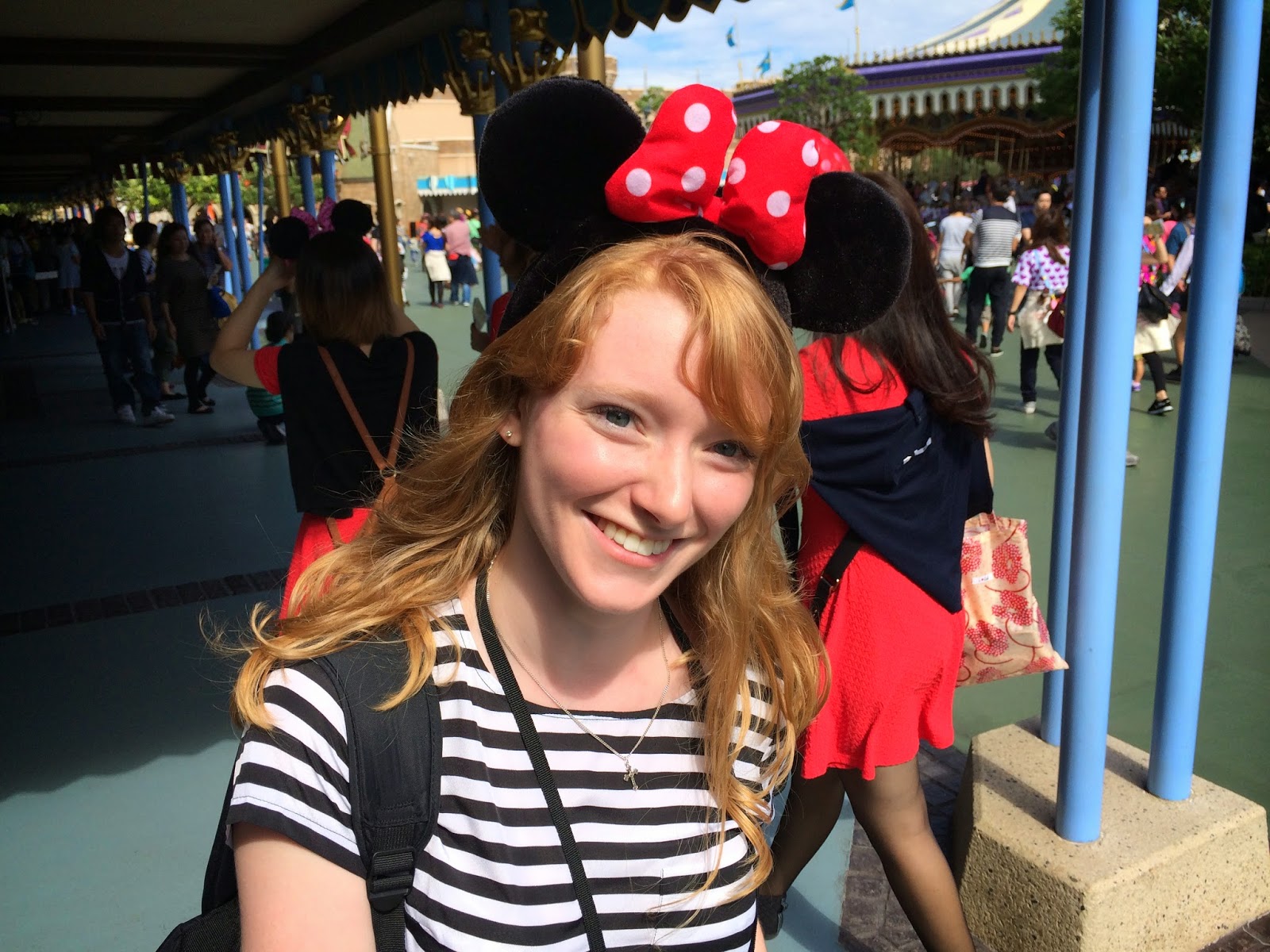 Big Thunder Mountain was closed and due to the sweltering heat there was no point even trying to get into Splash mountain. The decision was made to do Pirates of the Caribbean, our Space mountain fast pass and Star tours and then call it a day. The surprise of the day was Star Tours. The ride had been revamped since I last went and we both liked the preshow line almost better than the actual ride itself. 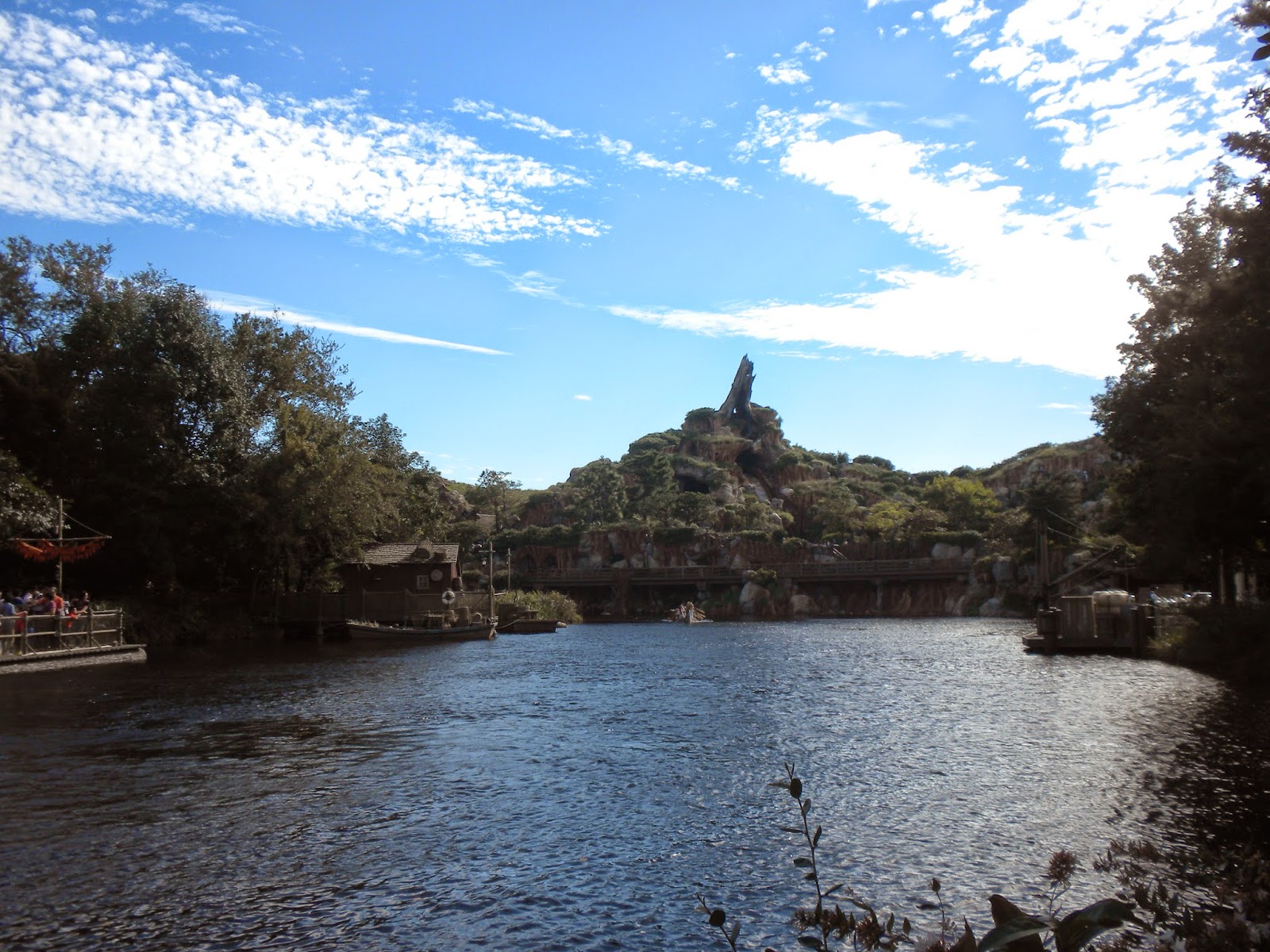 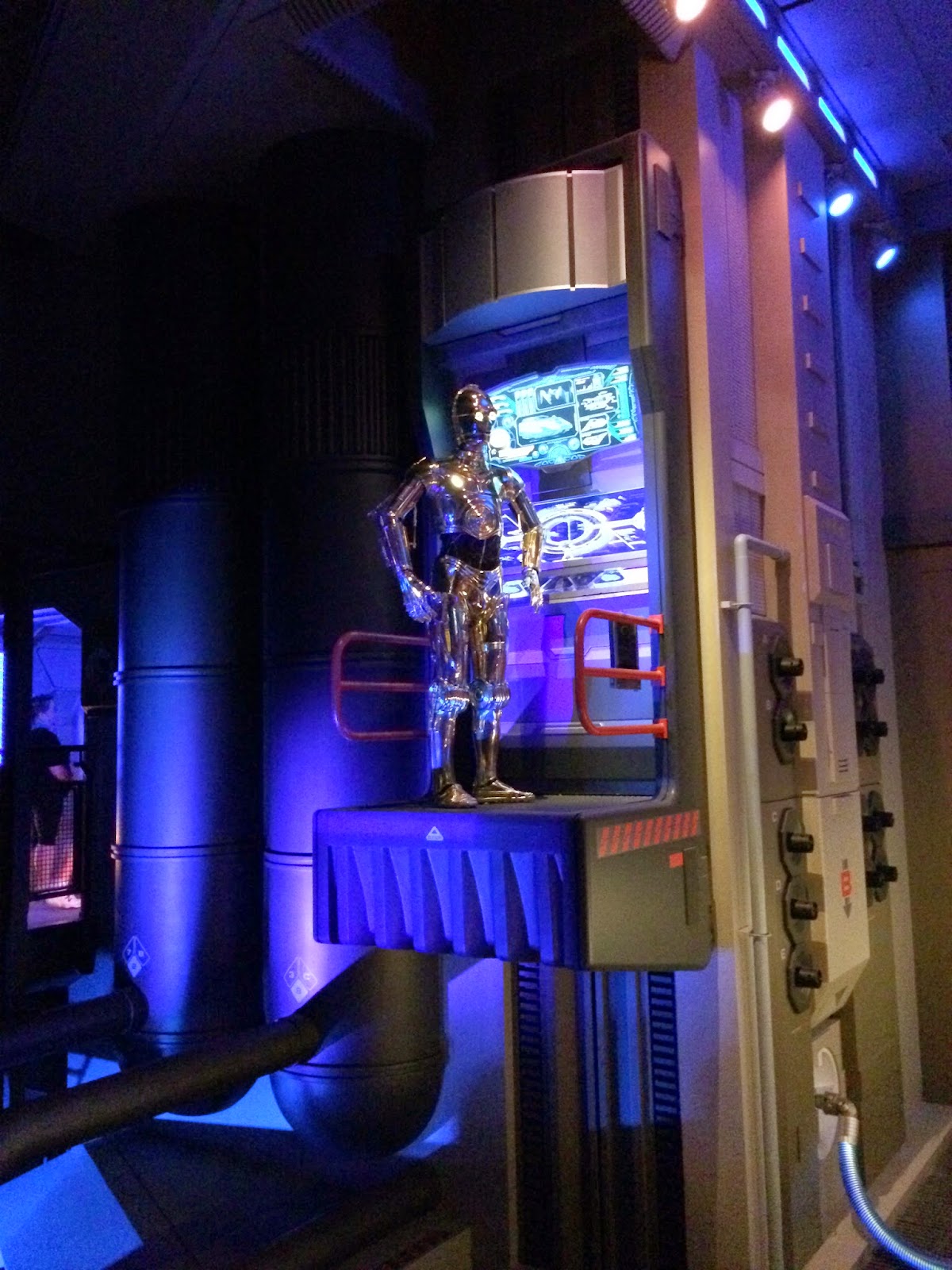 After Disneyland we headed out to Kabukicho for a themed restaurant called the Lockup. This place has several branches across Tokyo and are all themed after a prison al la Arkham Asylum. Twice every night sirens go off, the lights go out and employees dressed as inmates pop out of paintings and rattle the doors to you "cell". Unfortunately we weren't there for either of those two times and had to settle for the drinks instead. There is an English menu but it's so out of date it's better to just take a stab in the dark with a Japanese picture menu and point to what you think looks good. 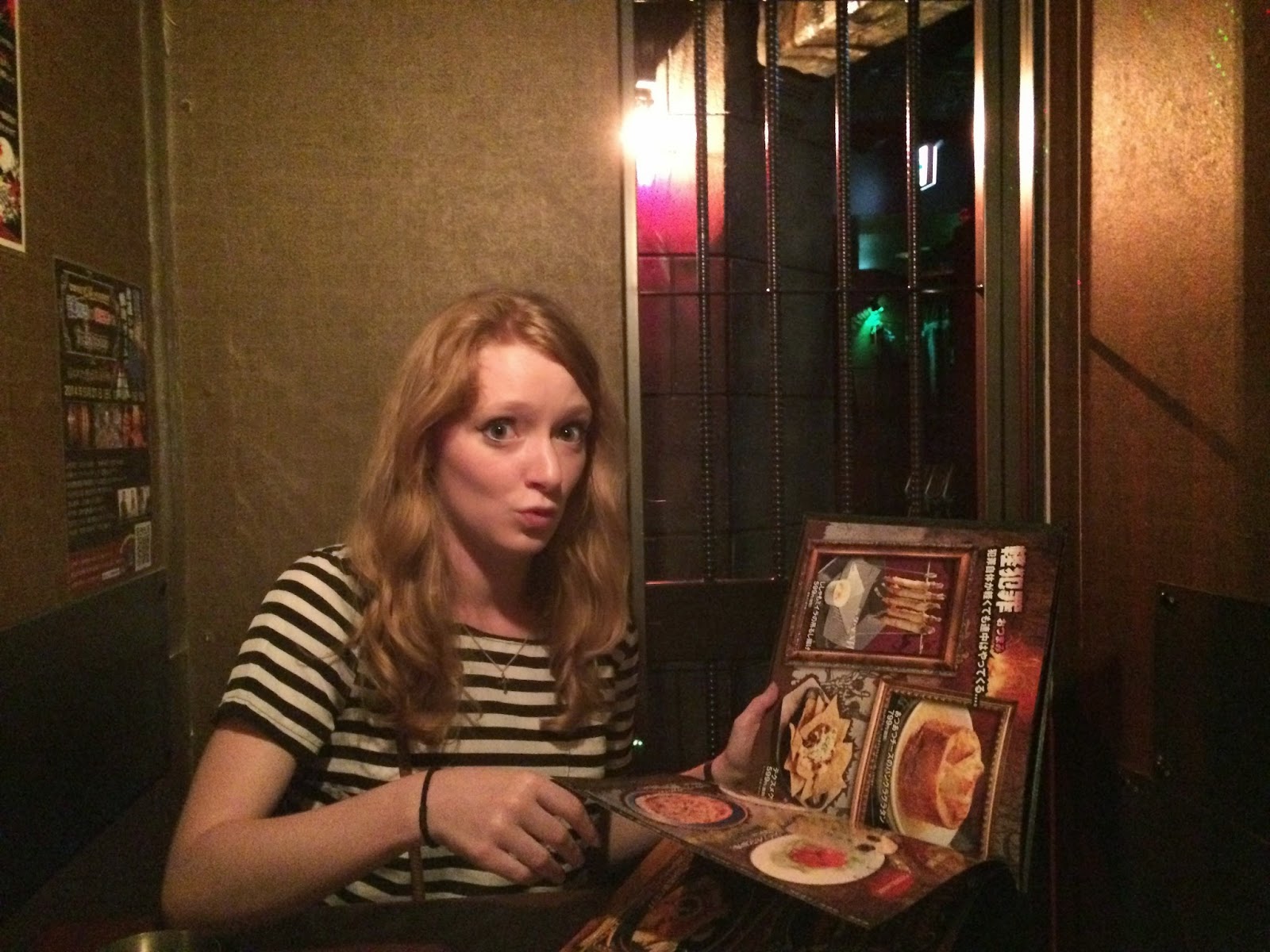 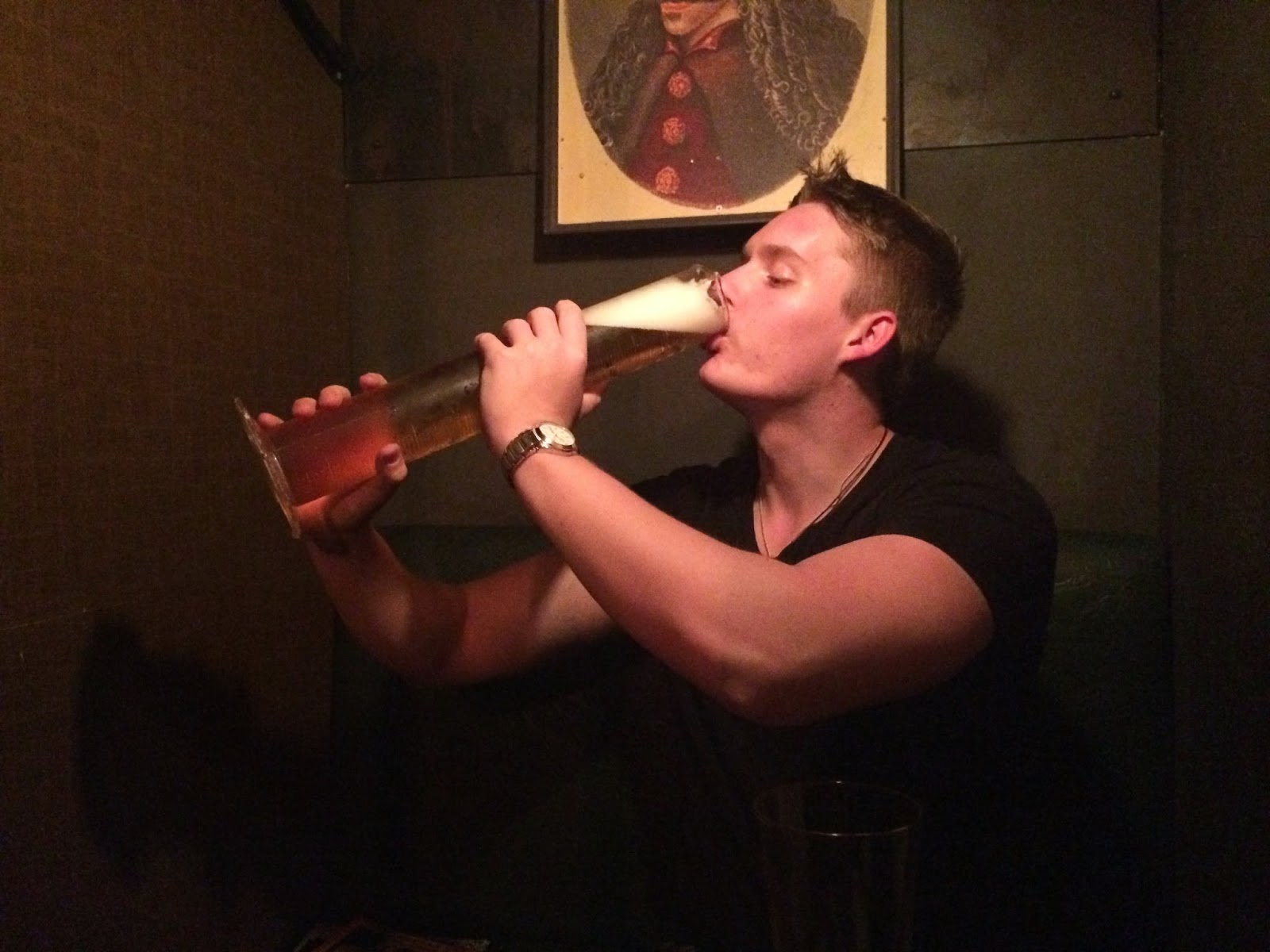 Food is similar but most options with multiple pieces (eg. takoyaki) is russian roulette themed, with one piece laced with hot chilli. Anthony was the lucky recipient of ours. Hilarious. Especially when you didn't know it was supposed to be like that in the first place like us. Expect tax not to be included in the menu prices, so don't be shocked when you see the bill. 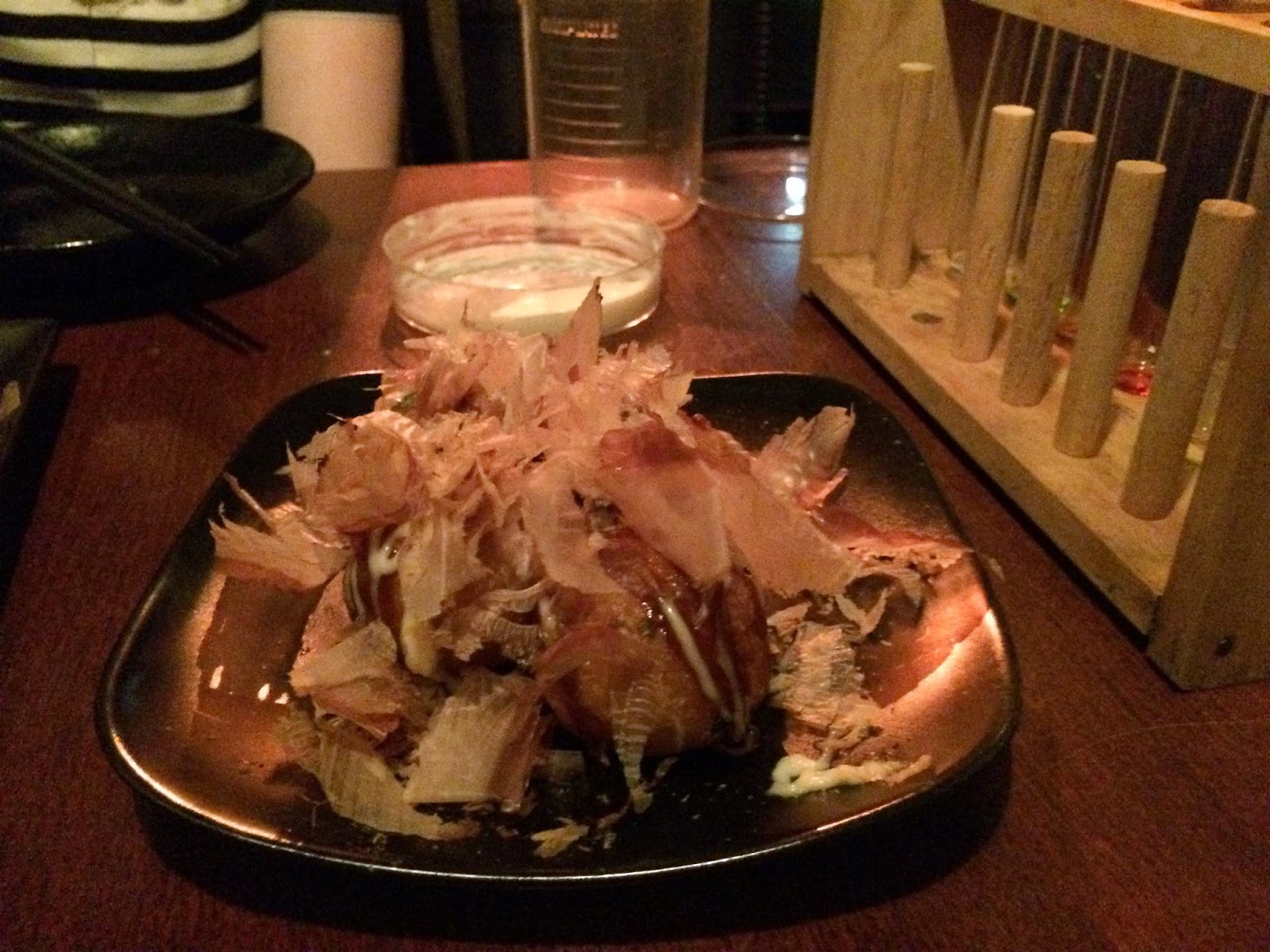 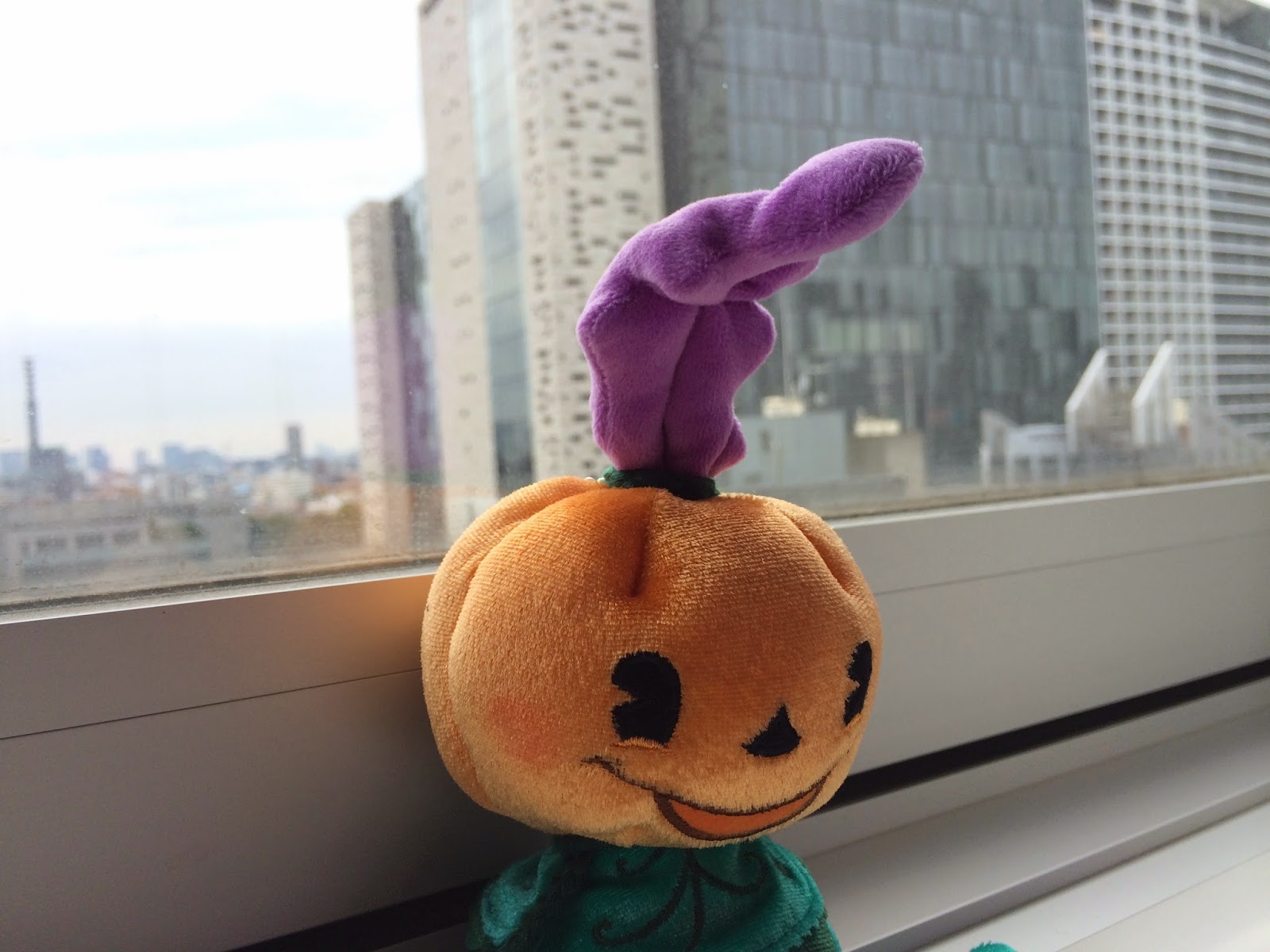